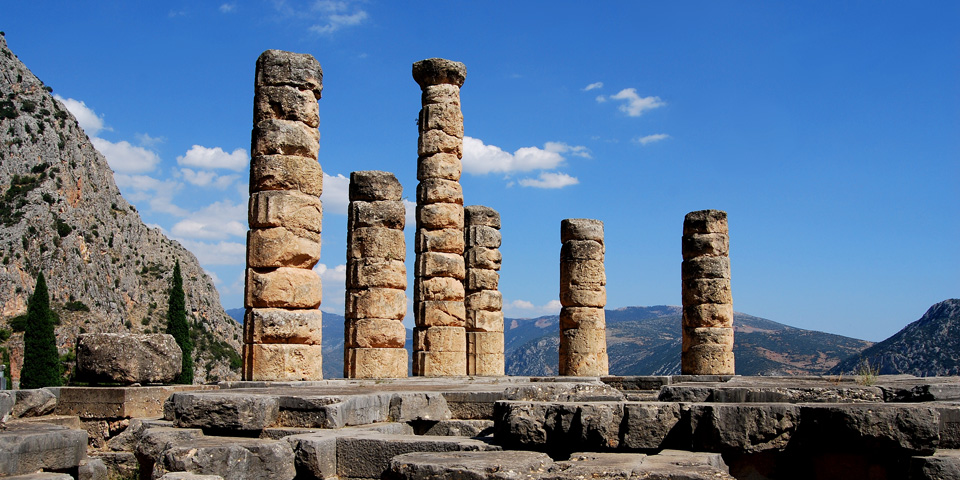 The influence of ancient Greece and Rome pervades our everyday life, from the Greek concept of democracy and the political structures of the Roman Republic to our founding fathers, the architecture of many of our nation’s public buildings and monuments to the motto of the University of California (‘lux sit,’ meaning ‘let there be light) and the names of prominent companies (think Nike, ASICS [Anima Sana In Corpore Sano], Xerox, Valeant Pharmaceuticals, and Lucent Technologies, to name a few).  Classics, the study of the history and culture of ancient Greece and Rome, is a gateway to the humanities.  It is interdisciplinary by nature, involving the study of some of the greatest and most influential western literature and art, along with political and military history, as well as social issues such as gender roles and sexuality, religion, the development of legal systems, and slavery.  Our discipline considers different kinds of evidence, including ancient texts, surviving buildings and other structures, and artifacts uncovered through archaeological excavation.  Students who study Classics are motivated by the desire to understand these cultures but also find that this study leads to an examination of questions that are relevant to all human cultures -- questions concerning the nature and limits of human nature, the role of religion in human life, the purpose and scope of social and political organizations, the place of literature, myth, and history in civilization, and so on.  Consequently, Classics not only illuminates not only the past, but is entirely relevant to the present.

Students who study Classics will increase their analytical and critical thinking skills as they examine and analyze ancient cultures.  They will improve their writing and oral communication abilities.  Students who pursue the study of the Greek and Latin language will be able to read some of the most notable works in world literature in the original.  In addition, they will improve their vocabulary (approximately 60% of English vocabulary is based upon Greek and Latin), develop a firm understanding of how languages work, and increase their grasp of the principles of grammar and syntax, which helps to develop a more sophisticated writing style.  Classics majors have some of the highest GRE scores and have (along with math majors) the highest success rate in law school.  According to the Association of American Medical Colleges, Classics majors and double-majors have a better chance of getting into medical school than science majors.  Our students have gone on to graduate programs in Classics, anthropology, archaeology, history, and public policy as well as to law school, medical and dental school, and teacher credential programs.  Studying Classics, then, not only helps you to understand and engage with your world in a more thoughtful and productive way, but it also has clear practical benefits. Come try a course for fun and see for yourself!