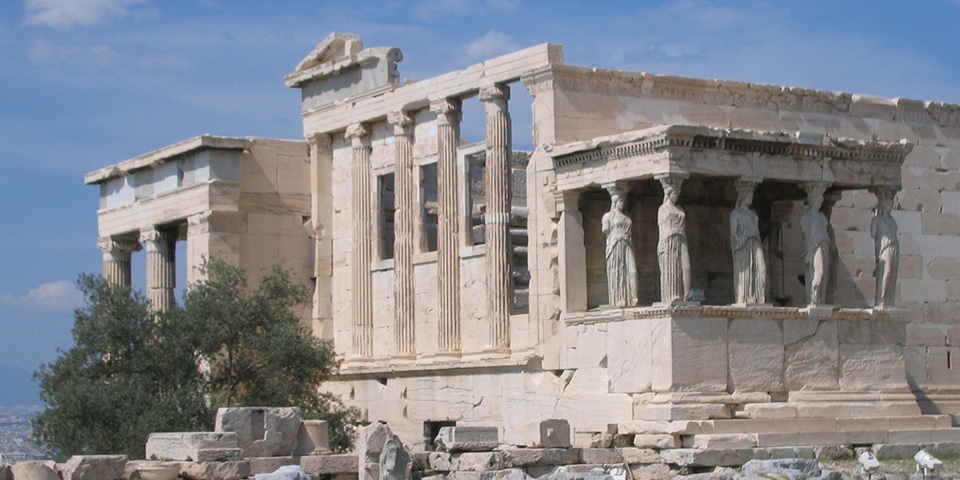 The Department of Classics aims to provide the undergraduate student with a working knowledge of the origins and heritage of Greco-Roman civilization. The Department is committed to a twofold purpose: (1) disseminating interest in and knowledge of Classical Civilization through the teaching of Greek and Latin language and literature; and (2) helping students, through courses in Classical literature, history, civilization, mythology, and religion taught through English translations, to appreciate the achievements of Greek and Roman culture and their pervasive influence on our own civilization.

The Department offers a major in Classics with three possible emphases. Students may chose an emphasis in (i) Greek and Latin Language and Literature, (ii) Latin Language and Literature, or (iii) Classical Civilization. Students are encouraged to consult with the Classics faculty regarding the appropriate choice of major and design of their programs.

For the emphasis in Greek and Latin Language and Literature, study of the Classics must be based on competence in both Greek and Latin. This emphasis is designed to provide students with language competence as rapidly as possible, so that by the end of first-year Greek or Latin students will already have been introduced to some of the major Classical authors in the original language. From then on, courses are devoted to reading and interpreting the literature of ancient Greece and Rome. In addition to their training in the languages, students increase their knowledge of the literature, history, and thought of the ancient world through the close study of some of its finest writers.

The Latin Language and Literature emphasis is designed for those students who want to focus on Rome and the Latin language as their area of study. By the end of first-year Latin, students will be reading and analyzing some of the most influential works in Latin literature (e.g., Caesar, Vergil, Ovid). In addition to gaining an expertise in Latin, students also devote a portion of their study to an examination of the history and culture of ancient Rome by taking upper-division Classical Civilization courses with Rome as their focus and/or additional Latin courses. Courses from other departments in the School of Humanities with a focus on later historical periods heavily influenced by Roman culture (such as the medieval period) may be used to satisfy some of the degree requirements, with prior approval of the Department of Classics.

The emphasis in Classical Civilization is designed for students who do not plan to concentrate on the Classical languages or pursue graduate study in the Classics, yet wish to obtain an undergraduate degree based on a sound knowledge of the Classical world. This major requires one year of study (or its equivalent) in either Greek or Latin and courses taught in English translation concerning such topics as Classical literature, civilization, history, archaeology, art, drama, and philosophy.

Students entering UCI with previous Greek or Latin training can be given advanced standing. Usually, one year of high school work is equated with one quarter of UCI work. Thus, students with one, two, three, or four years of high school Latin (or Greek) will enroll in Latin (or Greek) 1B, 1C, and 100A or 100B, respectively. Placement may vary, depending on the extent of the student's preparation. Students with transfer credit for Greek and/or Latin may not repeat those courses for credit. Students with high school training in the Classical languages are encouraged to consult with the Classics faculty before enrolling in Classics courses.

The Department adheres to the policy of giving its students an opportunity to participate in the departmental decision-making process. Student representatives, elected from and by the undergraduate majors, participate in all open departmental meetings. Representatives are responsible for maintaining close liaison with their constituency, for representing the students' interest in curriculum and personnel matters, and for the evaluation of both the academic program and the academic staff.

Inquiries regarding language placement, prerequisites, planning a program of study,
or other matters related to the
Department's offerings
should be directed to the
Office of the Chair,
400 Murray Krieger Hall,
(949) 824-6735.