This Women's History Month, meet UCI women who are shaping the future 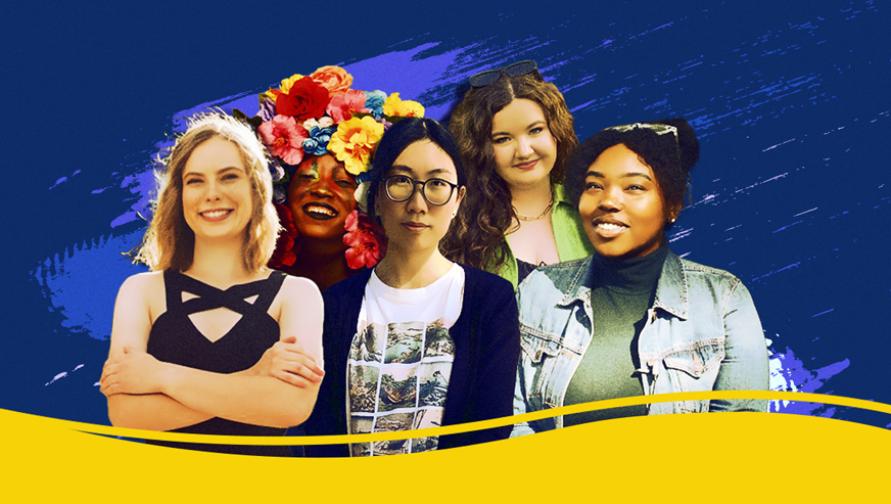 This Women’s History Month, we are celebrating UCI School of Humanities students who are shaping the future.

Whether they are documenting the experiences of underrepresented groups, paving the way for student journalists, or conducting research critical to understanding the future of a city in turmoil, these students represent the future. With creativity and a critical lens, their work helps us understand the past and creates new dialogues about questions concerning the future.

Below are a few of their stories. 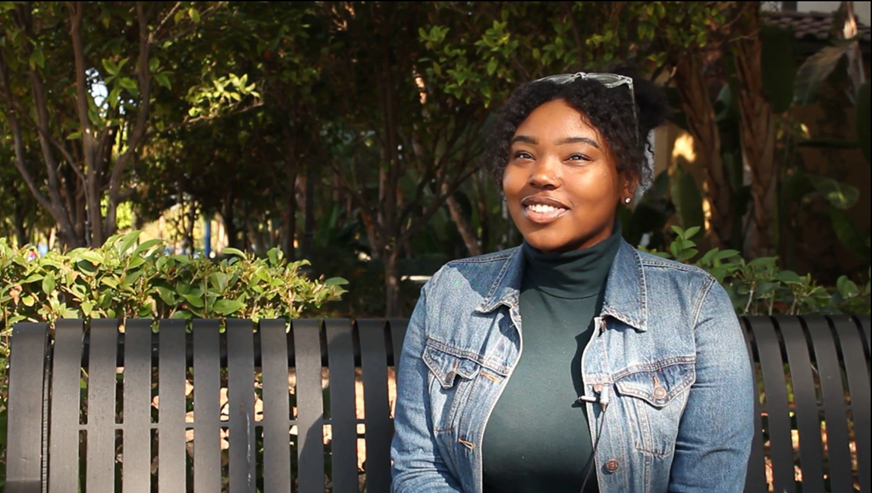 Only about 2% of the population at UCI is Black. This statistic lies at the center of undergraduate Iyanna Blackburn’s documentary, “The 2%.”

“I wanted to reassure the truth that every Black student's presence, contributions, and voice matters here at UCI even though we make up only 2% of the population,” she says. “I feel that documentaries like ‘The 2%’ are important, as they serve as a visual testament to one’s narrative and existence.”

While Blackburn says she prioritizes serving the Black community, she plans to continue to direct and produce more films that center other underrepresented communities as well. 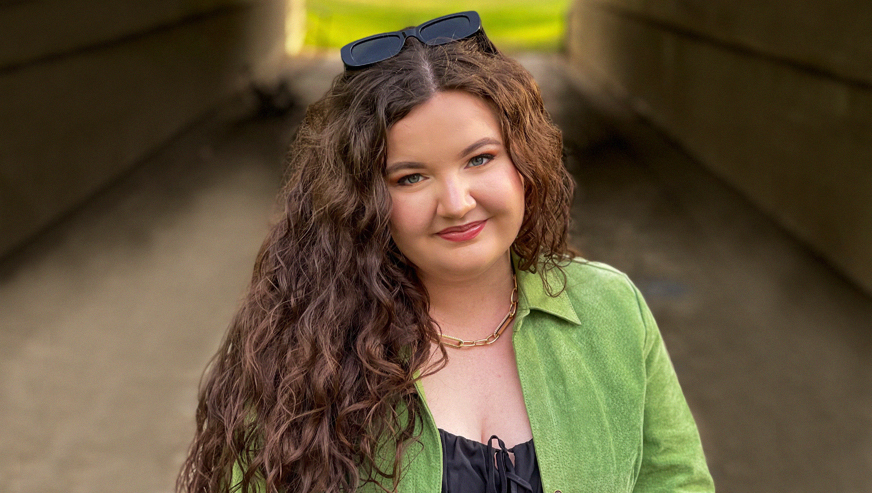 It’s been less than a year since Lauren Knight started freelancing as a journalist, yet she has already written for some of her favorite publications like Cosmopolitan and Elle. Before Knight started freelancing, she was worried that despite having experience as a literary journalism major and as an editor for New University, editors wouldn’t take her pitches seriously because she is still a student. With the guidance of her professors Amy DePaul and Erika Hayasaki, who taught her how to pitch and answered questions about freelancing, Knight chose bravery and pitched her top publications.

“I thought that seeing ‘student journalist’ in a pitch email would make an editor immediately hit delete, and maybe it has for some,” Knight shares. “But for the amazing women who took a chance and gave me some of my first major bylines, it either didn’t matter, or it was seen as a strength.”

While she is the first to admit that she is young to be writing for such famous publications, Knight no longer believes that being a student is a disadvantage when it comes to pitching stories and encourages other student journalists to pitch their favorite publications. Now that she has built a portfolio of published stories, Knight shares that she is both pitching and collaborating with editors she has previously worked with on upcoming pieces. She plans to continue freelancing and hopes to earn a fellowship at a magazine. 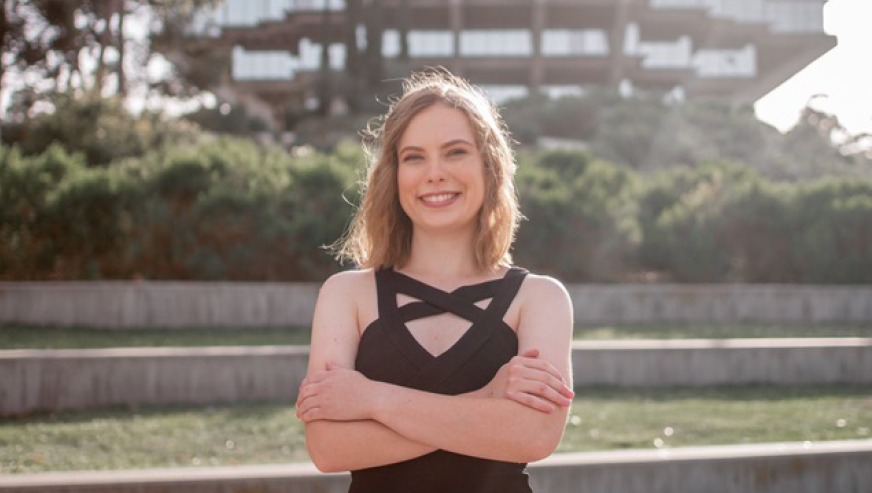 Today, people may be aware that there is a sizeable LGBTQ+ community in Orange County (in 2019 alone, 25,000 people gathered to celebrate OC Pride Parade’s 30th anniversary), but Haleigh Marcello, a Ph.D. student in history, wants everyone to know that this community’s history goes back decades. While Marcello’s research focuses specifically on the 1980s, it is key to understanding Orange County’s LGBTQ+ community today.

“My research shows that LGBT activism was not just an urban phenomenon,” Marcello explains. “It was happening in areas all across the country, even in areas that are thought of as being extremely conservative, like Orange County. This activism didn’t just exist; it was extremely influential and important for the nationwide LGBT rights movement as well.”

One example Marcello cites is how grassroots activism in the 1980s resulted in “Orange County’s fantastic HIV/AIDS testing, treatment and advocacy.”

As Marcello gets deeper into her research, she plans to seek partnerships with the Orange County LGBTQ Resource Center and the UCI LGBTQ Center on an exhibition about the city’s history. In another effort to make her research publicly available, she is pursuing a digital humanities project to house it. In doing so, she hopes to inspire future generations of activists and show them that social movements can happen anywhere. 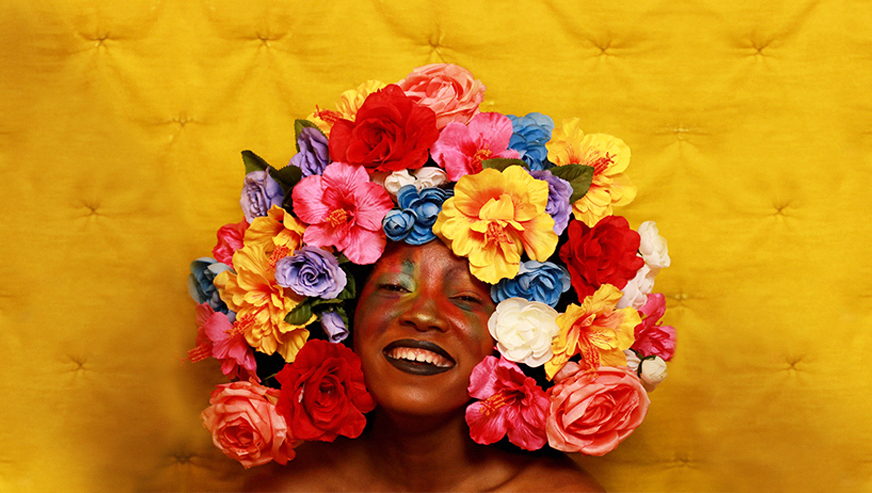 A jumpsuit made of Target bags, a ball gown born from Goodwill curtains, and a matching skirt and top composed of My Mochi boxes – these are just a few of the upcycled looks that shot Arielle Sidney to TikTok superstardom.

Sidney’s journey to becoming a fashion influencer started last summer when she was on the hunt for something fun to do during quarantine. Despite having zero sewing experience, she invested in a sewing machine and just two weeks after buying it, she found her inspiration for her first viral look. During a trip to Ikea, her friend suggested to her that she use the store’s iconic blue and yellow bags for an outfit, thus, giving birth to a blue cocktail dress and matching chapeau.

“That’s how it started,” Sidney explains. “After I finished the Ikea one, I did the Target look because I go to Target a lot…This same friend worked at Vans at the time, so naturally, I had to do a Vans one. I did the Walmart and Trader Joe’s looks because they were highly requested in my comments.”

Fast forward to a little over a year later and Sidney now has almost a hundred thousand followers on her TikTok account, @ariellesidney_, where fans eagerly wait to see her latest outfits crafted from unconventional textiles. Her looks have not only drawn the attention of tens of thousands of fans, but also of Vogue, who interviewed her last January. 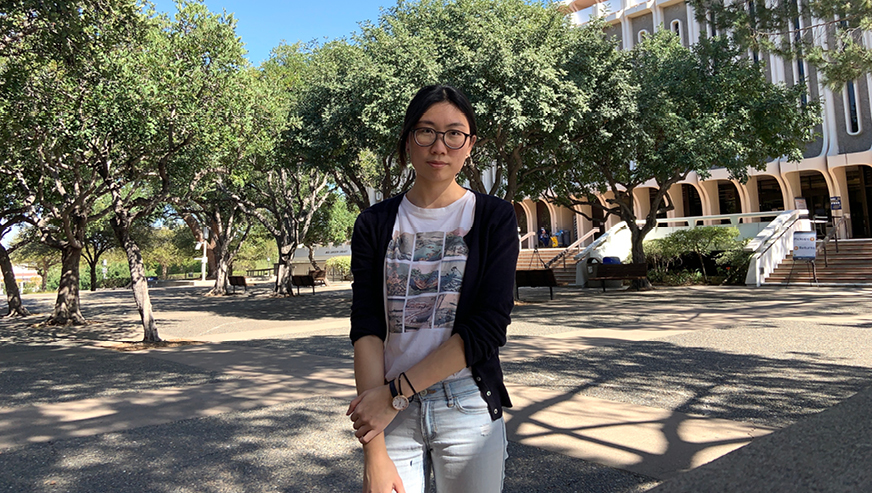 Central to the news in Hong Kong today is the city’s century and a half of history as a British colony. From 1842 until Hong Kong was returned to China in 1997, the city was under British rule, resulting in a population whose ideologies and cultures differ vastly from mainland China. The city’s complex history lies at the center of Vanessa Wong’s research, an analysis of Hong Kong literature. She believes that an understanding of the city’s literature is critical to understanding modern-day Hong Kong and its future.

“Studying Hong Kong literature allows us to see alternative ways to conceptualize history and cultural identity, and to recognize the roots of the ideological conflicts we witness today between people of different political convictions, between Hong Kong people of different generations, and between pro-democracy protesters and the Beijing government,” Wong explains. “This has become increasingly important and urgent today for us to understand some of the underlying causes behind the political crisis that happened in Hong Kong.”

Whether it’s the pro-democracy protests taking place in Hong Kong today or movements yet to happen, Wong is certain that her research is critical to understanding the city’s current political struggles and its future under China.