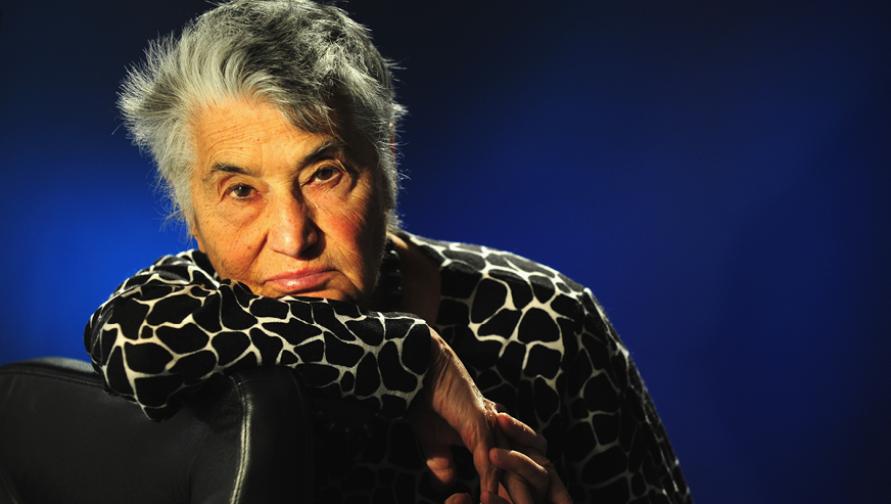 Ruth Kluger, Professor emerita of German, died on October 5th at her home in Irvine. A prominent scholar of German literature and culture, she was also a public intellectual of some renown. Ruth was widely celebrated for her 1992 autobiography, weiter leben: Eine Jugend, which explores in her distinctive voice and with occasional bitter irony her experiences during, and later reflections on, the Holocaust. A powerful autobiography of survival, it has been translated into more than a dozen languages. Ruth herself did the English translation, Still Alive: A Holocaust Girlhood Remembered, an updated and revised version for American readers that appeared in 2001. Jonathan Yardley of the Washington Post called it "a book of surpassing, and at times brutal honesty" and ranked it among his best 10 books of 2001.

Ruth Kluger was born in Vienna in 1931 and was only six years old in March 1938 when the Nazis marched in to "annex" Austria. Her father fled the city in 1940 and she and her mother were deported to Theresienstadt in September 1942. After 19 months, they were transported to Auschwitz, where they contrived to be selected for a work detail that saved their lives. On a forced march from the work camp, with the end of the war imminent, they ran away and mingled with the refugee German population. Both emigrated to the United States in 1947 and Ruth studied first at Hunter College and ultimately received her Ph.D. from UC Berkeley. After several academic appointments, she came to the University of California, Irvine, in 1976. After a brief professorship at Princeton from 1980 to 1986 she returned to UCI where she remained until her retirement in 1994. She served 1988-90 as Director of the Education Abroad Program in Göttingen, Germany.

Ruth was a generous colleague and an important mentor for faculty as well as graduate and undergraduate students. Hundreds of students in UCI’s Humanities Core Course and other courses throughout the School of Humanities read her autobiography and she was always available to visit classes, read from the book to student audiences, and answer student questions. She also answered fan mail and encouraged readers to express their objections as well as their praise. We all learned from her.

Among the highlights of her post-retirement years was her return to the city of her birth, Vienna, in 2008 for their literary festival, "Eine Stadt, ein Buch" (one city, one book), for which 100,000 copies of the chosen book--in this case weiter leben—are distributed and read and discussed throughout the city. The festival culminates in the author's address to a gala audience in city hall.

More recently, on 27 January 2016, Ruth addressed the German Parliament on the Day of Remembrance for the Victims of National Socialism. With all ministers and the Chancellor present, Ruth spoke out for the refugees who were then clamoring for entrance to European and Scandinavian countries. She concluded with Chancellor's Merkel's motto: “Wir schaffen das!” (we can do it).

Ruth has a very long and distinguished list of publications and prizes--some of which are listed below. But it should be noted that her first publication occurred when, still in postwar Germany, she wrote down two poems she had composed mentally in Auschwitz and sent them to a newspaper. On 23 June 1945 Der Bayrische Tag published excerpts of "Der Kamin" (the Chimney) and "Auschwitz," as well as a brief story about the 13-year-old author. Ruth would have been 89 on October 30th. A memorial honoring her life, writing, and scholarship will be organized by the University of California, Irvine.

Should you wish to be notified about Professor Kluger's memorial service, sign up here.