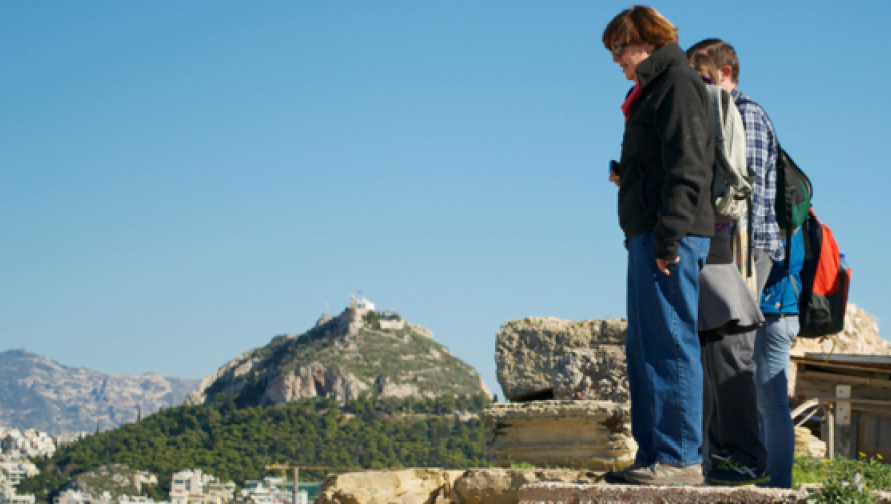 By Lori Basheda and Annabel Adams

Margaret Miles shares a bit in common with Indiana Jones—as a professor in the University of California, Irvine’s Departments of Art History and Classics, she brings ancient worlds to life through their art, architecture, and history. Because her research focuses on how religion and ritual shaped architecture in ancient Greece and Italy, excavating ancient sites—that is, processing and recording archaeological remains from centuries ago—is a key part of her work. Miles takes what she learns from fieldwork into the classroom, describing to students how the ancient past informs our present, and how ancient artifacts are at risk even today, especially in times of war.

Inspired by a class in ancient history while she was an undergraduate, Miles decided her academic focus would be ancient Greece and Rome.

“If we don’t study and understand the past, we’re just groping forward in the darkness,” she says.

Miles first visited Greece in 1974 when she was a graduate student at Princeton University. She learned to excavate at Corinth in 1977, and completed her Ph.D. in 1980, with a dissertation on the Temple of Nemesis at Rhamnous.

She then participated in the excavations in the Athenian Agora, the ancient city center and marketplace of Athens. It was also during that time that she started research on the City Eleusinion at the base of the Acropolis, a sanctuary of Demeter and Persephone. Her first book, The Athenian Agora XXXI: The City Eleusinion (American School of Classical Studies, 1998) details the finds from the sanctuary. The American excavations in the Agora started in 1931 and are still going on today.

But not all archaeological study requires excavation, and can be done non-invasively. During the last two summers, Miles led a small team in documenting a 5th century B.C. Doric temple in western Sicily, near Segesta (Contrada Mango). It had been toppled by an earthquake, and now the blocks are scattered around or were scavenged by locals over the ages. “But there’s enough left above ground to make a good reconstruction on paper,” Miles says. They used photogrammetry, laser scanning, and aerial drone photography to record what can be seen on the ground today.

Miles joined UCI in 1992, after several temporary positions, including stints at UC Berkeley, the Intercollegiate Center in Rome, and Smith College. In 2008, a six-year professorship provided by the Andrew W. Mellon Foundation took her to the American School of Classical Studies at Athens, where she led graduate students on trips to archaeological sites throughout the Mediterranean, from Sicily to Egypt. The first woman appointed to this post, she also made waves when entering the World’s Oldest Swim, an annual race across the Hellespont in Turkey, in 2013.

Hellespont is the ancient name for a tumultuous water passage (now called the Dardanelles Strait) that divides the continents of Asia and Europe. The passage is rich in history. In Greek mythology, Leander would cross the Hellespont nightly to visit his lover Hero in her tower on the opposite shore; and in 480 BC, Persian King Xerxes ordered pontoon bridges be built across the Hellespont so his army could invade Greece. “It has wonderful history attached to it,” Miles says.

It also has four strong currents that make the swim circuitous, as well as poisonous jellyfish:
Miles spotted one of them about 10 feet below her.

“I saw an amazingly beautiful jellyfish, dinner-plate size, with gradations of color from deep purple to pale blue, but I didn’t feel threatened,” she says. “Mostly I was just determined to get to the other side. It was a challenge.”

Of the 500 who started the swim, about 200 had to be pulled out of the water because the conditions were turbulent, with high winds. Miles finished, however, first in her age bracket (61-65) in just under two hours, winning a gold medal. Here in Irvine, Miles swims with the Nova masters team.

While Miles has written extensively about her excavations and research on ancient sites—in addition to her first book, she is editor of A Companion to Greek Architecture (Wiley-Blackwell, 2016), Autopsy in Athens: Recent Archaeological Research in Athens and Attica (Oxbow Books, 2015) and Cleopatra: A Sphinx Revisited (University of California Press, 2011)—she has also explored the controversies around cultural property. Her book, Art as Plunder, The Ancient Origins of Debate About Cultural Property (Cambridge University Press, 2008) is a study of the great orator Cicero’s speeches about Gaius Verres, a Roman governor of Sicily who plundered the island, and the impact of the speeches on later thinking about ownership of art, and what happens to art in wartime.

“These speeches became part of the foundation of modern legal thinking, especially in the aftermath of the Napoleonic Wars,” Miles says.

Last fall, Miles took the discussion of cultural property to the classroom, teaching a seminar called “Ethics, Law & Art,” which tackled topics from the ideological destruction of art to the seizing of art during wartime.

“The art seized by Nazis is an issue that’s still unfolding,” Miles says. “Claims are still being made, repositories still being discovered.”

Housed in the Departments of Anthropology and Classics is an academic offering that provides future scholars and Indy fans a chance to blend history with tactile fieldwork—an interdisciplinary minor in Archaeology. The minor requires seven classes from a number of disciplines offered by both the School of Humanities and School of Social Sciences.

“Studying history introduces us to so many fascinating people—it’s like having a new set of friends from completely different eras, different cultures,” she says.

She would be happy to make the introductions.

“Humanities expands your soul. You learn critical thinking and how to write, sure, but that’s not the main point—this is not supposed to be a vocational school. What we offer is a doorway to a vast range of human experience, the start of an exploration for a lifetime.”

Photo: Professor Miles with students on the Akropolis, Athens 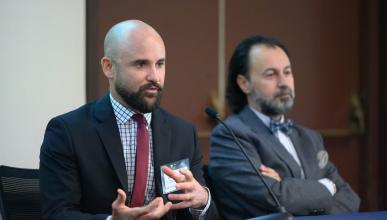 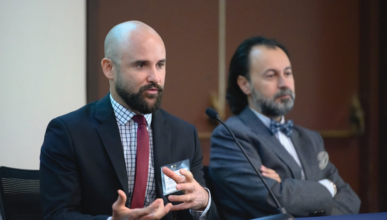 Matthew P. Canepa is named to endowed chair in art history and archaeology of ancient Iran
Position cements UCI as a destination for the study of Iran 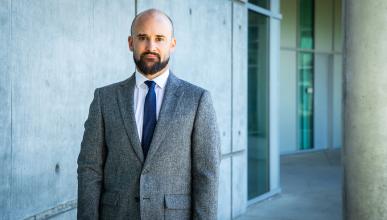 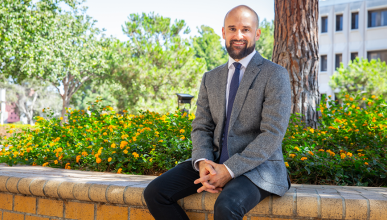