An animated short film by Fatimah Tobing Rony, professor and chair of film and media studies at UCI, “Annah la Javanaise,” has been named an official selection for the Annecy International Animation Festival. The festival is considered the top animation festival in the world. 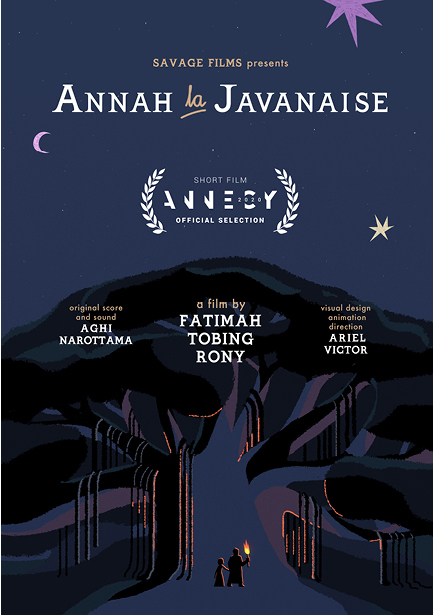 Rony is the producer, writer and director of “Annah la Javanaise,” her first animated film, which is based on her book project, How Do We Look? Resisting Visual Biopolitics (Duke University Press, 2021). The film was made in Indonesia with Ariel Victor, an animator, and Aghi Narottama, a film music composer in Indonesia. In Javanese and French, with Indonesian and English Subtitles, the film reimagines the story of 13-year-old Annah who became French painter Paul Gauguin’s maid and model in 1893. Rony’s goal is to eventually expand Annah’s story into a full-length feature.

“In art history, Annah’s story is presented as a droll anecdote. Today, we’d call what happened to her trafficking. My film, created with the brilliant young animator Ariel Victor and well-established composer Aghi Narottama, reimagines the reality of her experience. The film was a labor of love; for it to be chosen for Annecy is a dream come true for us,” Rony said.

The Annecy International Animation Festival typically takes place at the beginning of June in the town of Annecy, France.

This year, due to COVID-19, the festival will screen its selections online from June 15-30.

Watch the trailer for “Annah la Javanaise” here. Read a review in French of the short film here and watch an interview with Rony here.