In the interview below, Farmer shares the impetus for her book and how we might see longings for the pastoral past in media even today.

What initially drew you to this project?

When I was twenty years old, I worked as a shepherd’s helper during lambing season on a farm in a region of France unknown to tourists and considered the middle of nowhere by the French. I was fascinated by what the shepherd taught me about birthing lambs—and also by what he had to say about anti-Nazi resistance in the region during World War II. I went back to interview veterans of resistance guerilla groups and to delve into the archives for wartime materials. Those experiences in the late 1970s are why I became a historian. At the time, I was one of the first Americans that local people had ever met. It wasn’t until 1971 that the shepherd’s wife first rode in a car and used a telephone. When I visited her around 2001, it was a different story. Her new neighbor was a retired urban sophisticate, a German to boot, who had been an art curator for a flamboyant American media mogul best known for founding Penthouse magazine. English newcomers were restoring peasant houses, renovating barns and settling in. This region, which I knew as a remote bastion of the wartime resistance and rural communism, had become part of a widespread, international fantasy of living in the French countryside. I wanted to find out how that happened.

What did you find most surprising while conducting your research?

I was astonished by the speed of modernization in the 1950s and 1960s. That, and postwar prosperity, had huge consequences for rural France. High-rise housing, superhighways, power lines, fast trains and the expansion of big agriculture radically changed French landscapes. Wages rose and families could buy cars and washing machines. Small-time farmers got their first tractors. Peasants left en masse for jobs in the city. Entire hamlets were abandoned. Members of the younger generation of peasants who stayed in the countryside were eager to become modern farmers. The public responded to these changes in paradoxical ways. On the one hand, they embraced consumer society and cutting-edge innovation. On the other hand, they remained deeply attached to the nation’s peasant past and nostalgic for the old rural world that was disappearing. Boarded up houses that peasants left behind were snapped up as vacation homes by city people. Memoirs and life stories by peasants became bestsellers. Some of these authors appeared on television talk shows and became nationally known celebrities. One, a country washerwoman, became the star of a famous washing machine advertising campaign.

Is there a perennial connection between nostalgia for the pastoral and periods of rapid urbanization?

Certainly! We know from philosophers and historians that nostalgia, yearning for an irretrievable past, is a modern condition brought on by ruptures and dislocation. In fact, nostalgia was first defined in the late seventeenth century as homesickness so intense that it could kill you! With this in mind, it’s not surprising that displaced people—migrants, refugees, immigrants—long for the places they have left. In 1960s France, city dwellers were especially enamored with “Good Morning Mr. Mayor,” a radio broadcast about village life that was originally intended for a rural audience. Many of the urban listeners were probably former peasants or their descendants. Maybe they were reassured by the idea that life in the countryside still continued. For similar reasons, in the United States, country and bluegrass music became enormously popular among urban audiences. Today you can find an extraordinary example of this dynamic in China. The government has moved millions of rural residents into new towns and cities. Older peasants have been pushed off the land and forced to retire into gigantic high rises where they have nothing to do. Younger people have migrated to cities and factories. Right now one of their most powerful social media stars is Li Ziqi, a young woman, who posts lush, dreamy videos of her life deep in the countryside where she singlehandedly grows everything she eats and makes everything she uses—exquisite food, furniture, clothing, even lipstick. She has 70 million followers!

Why the title Rural Inventions?

People often think of cities as the place where things happen (they’re fast-paced, modern, innovative) and the countryside as unchanging, stable and traditional. To invent is to make something new, to innovate. My title suggests that rural places are sites for invention. For example, one of my chapters tells the story of counterculture kids in the early 1970s who headed off to areas hard hit by rural outmigration to found utopian communes and collectives. They challenged bourgeois norms, consumerism, the capitalist rat race and imagined remaking human relations—not unlike American hippies who founded communes in rural settings throughout the United States; they saw themselves as building the future. My title also suggests that people invent ideas about the countryside and rural life. I studied urban fantasies of French rural life in a chapter about the emergence of a real estate market in peasant houses—a trend that popularized the fashion of French Country interior design, so ubiquitous today in southern California and around the world. Finally, my book shows the degree to which the countryside itself was the object of innovation by the French state. The government’s vast modernization programs promoted the consolidation of farmland, the building of power plants, the creation of national parks, and an infrastructure for mass tourism that included coastal resorts and gigantic ski stations in the mountains.

From an environmental humanities perspective, what do you hope readers will take away from your book?

In the United States, when people refer to “flyover states” they mean places between the coasts that are too boring to warrant a visit. I would love it if my book sparked interest in understanding those places, most of them rural, on their own terms as well as for their relationship with urban areas. From an environmental humanities perspective, this would include thinking about their ecological value and meaning, using sources that humanists rely on such as history, literature, philosophy, photography and popular culture as well as geography and sociology. 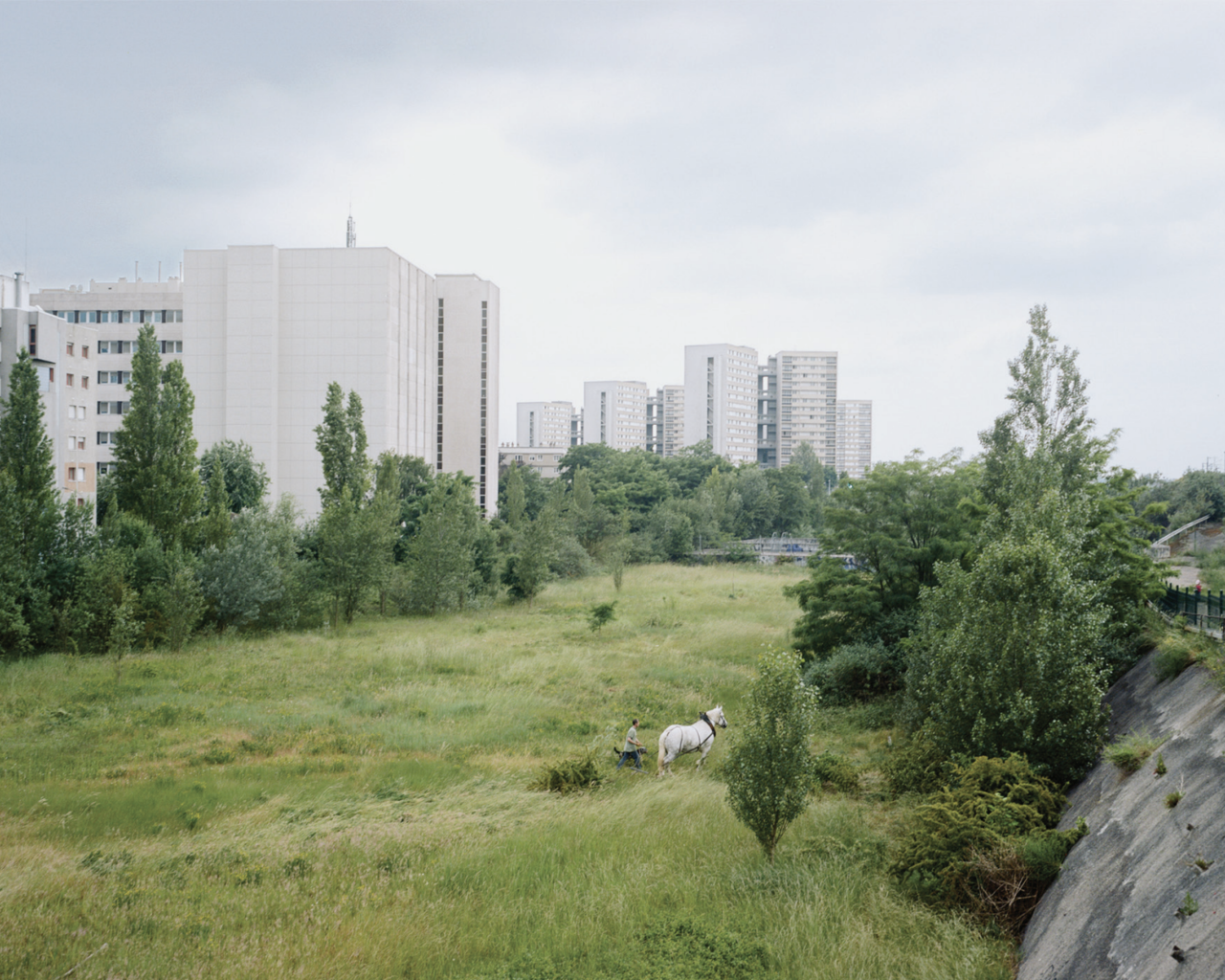 Your book includes 15 color photographs of the French countryside. What inspired you to include them and how did you go about selecting them?

These photographs accompany a chapter in my book about the autobiographical work of the renowned photojournalist and filmmaker Raymond Depardon. Depardon was born in 1942 on a small family farm. He left for Paris at the height of the rural exodus determined to make it as a photographer in the big city. He shot pictures for newspapers and magazines, travelled in war zones and ultimately became a member of Magnum Photos, the prestigious international photographic cooperative. In 1963, the Paris-Lyon superhighway came through the Depardon family’s farm, taking the best fields and pitching his father into despair. In 1982, Depardon, photographed his childhood home where his brother still farmed. He produced an extraordinary photographic essay that he developed, expanded and has returned to in books, films, museum exhibitions and interviews. I was fascinated by the way his work made visible the personal impact of the disruption of rural landscape by postwar modernization on the people who had worked the land in the same place, over generations. One of the highlights of working on this book was meeting Depardon to talk about his photographs as well as visiting his brother who still lives on a remnant of the family farm.

Rural Inventions: The French Countryside After 1945 is now available.