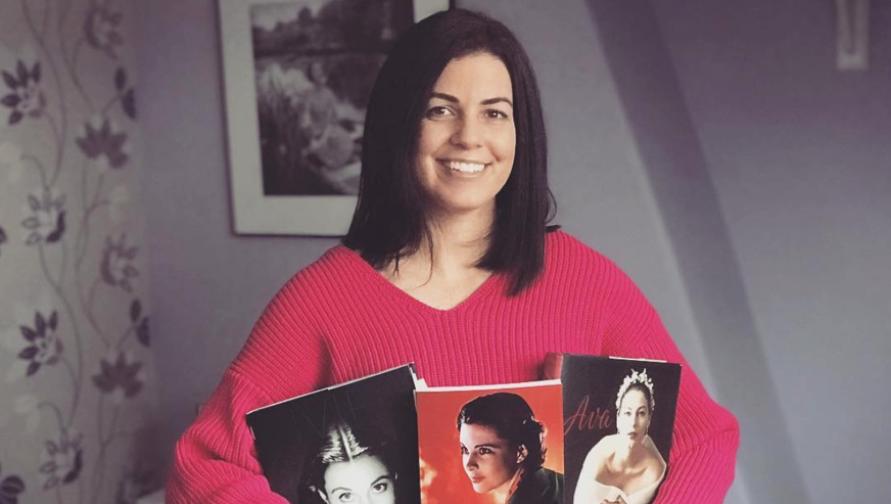 It started the summer before attending the University of California, Irvine, when alumna Kendra Bean '06 first encountered the actress who would inspire her career path--Vivien Leigh.

“I had to learn everything about Vivien's films and her personal story really resonated with me. I was inspired by her tenacity and work ethic, her passion, and the way she persevered in life and in her career despite living with mental illness,” she says.

After graduation, the film and media studies alumna worked in UCI’s Department of History. Her fascination with Leigh continued and she spent many hours of her own time in UCI Langson Library collecting photos of the actress to post on her new website, vivandlarry.com. “Larry” refers to Sir Laurence Olivier, the iconic actor who was married to Leigh for over 20 years.

“It started as a fan site but it’s turned into so much more. It’s now an online archive and community of more than 40,000 people from around the world who connect over our shared passion for Hollywood and these specific people,” she says.

While collecting photos of Leigh for the site, Bean realized there had only ever been one illustrated book on the star. With her now robust photo archive in hand, Bean set out to author the second one—Vivien Leigh: An Intimate Portrait, a lavish biography filled with evocative photos of the star.

Motivated by her passion for film and archives, Bean moved to London to attend King’s College in pursuit of a master’s degree in film studies. A serendipitous email would set her career path in motion.

It was from Terence Pepper, a well-known photographs curator at the National Portrait Gallery and a leading photographic historian. He had read about Bean’s book and invited her to work on an exhibition he was curating about Leigh for what would have been her 100th birthday.

It was quite a stroke of luck. Bean gained valuable firsthand knowledge of what it meant to work in a national museum as a curator of historic materials.

“I felt for the first time that I had found my calling—that I could see myself working in a museum—dealing with historic objects and telling stories and doing research,” she says.

That revelation led her to obtain a second master’s degree in museum studies from University College London. She continued to work in various museums until landing her current position as a collections assistant for the National Science and Media Museum in Bradford, England.

“My job is to facilitate access to these phenomenal treasures. I get to work with photographs and other media, assist researchers in finding materials, present at conferences and do my own research. It’s pretty amazing,” she says.

Her most recent discovery occurred during a museum renovation. Staff members were going through boxes of photos to identify contents and, in one box, she found two snapshot albums that were made by George William Tottem, a famous member of the Royal Photographic Society. The images were from the coronation of Tsar Nicholas II of Russia and were a new find as they had never been catalogued. Currently, they’re on loan to the Science Museum in London for “The Last Tsar: Blood and Revolution” exhibition.

Bean’s latest personal project is cataloguing her recently acquired “Richard Mangan Laurence Olivier Collection.” Mangan was the stage manager for the National Theatre in London under the direction of Sir Laurence Olivier during the 1970s. She had first met him while researching her Vivien Leigh book years before.

“He let me come to his home and look at the collection and I was blown away by the time and effort it took. At that time, I was kind of cheeky and said, ‘What are you going to do with all of this?’ He replied, ‘I’ll probably sell it at some point.’ And then I said, ‘Well you could sell it or you could give it to me!’ and he just kind of laughed,” she says.

Fast forward to 2017. Bean had just purchased four photo albums from Sotheby’s Vivien Leigh estate auction. It made her think of approaching Mangan about buying his collection. She reached out via email, revisited the collection and was elated when he accepted her offer a few months later. Now comes the labor of love—cataloguing and preserving over 30 three-ring binders of material. Her ultimate goal is to repackage the photos to an archival level and then to create a digital catalogue she can link from her website.

“I want to continue Richard’s tradition of generosity in sharing them and giving access to other researchers. It took some time, but I feel really fortunate that I’ve finally found a bridge between my love of film and media and my passion for research, history and collecting,” Bean says.