How infinity came to be at home in the world

In 1600, after propagating a radical view of an infinite universe containing infinite worlds, Italian philosopher Giordano Bruno was burned at the stake in Rome. In stark contrast, by the early nineteenth century, German philosopher Georg Friedrich Hegel developed his highly influential philosophy that conceived of the infinite as a fundamental feature within the finite world. What happened within European, and especially German thought to make this remarkable transition possible—a transition that saw infinity go from a dangerous anomaly to an idea embraced by mathematics, theology, philosophy, and poetry? This is the core question John H. Smith, professor of German at the University of California, Irvine, will tackle in his book, How Infinity Came to Be at Home in the World: Metaphors and Paradoxes of Mathematics in Modern German Thought, 1675-1830. As a recipient of a prestigious National Humanities Center Fellowship, Smith will complete his book at the Center in North Carolina during the 2017-18 academic year.

Smith is one of 35 scholars selected as National Humanities Center Fellows for the academic year 2017-18, chosen from 630 applicants. Representing a range of humanistic scholarship from English language and literature; environmental studies; European languages and literature; history; history of science; medieval studies; music history and musicology; philosophy; religion; sociology; South Asian studies; to theater, dance, and performance studies, each Fellow will work on an individual research project and will have the opportunity to share ideas in seminars, lectures, and conferences at the Center.

“We are pleased to welcome this group of scholars as our fortieth class of Fellows. This year’s pool of applicants was the largest in memory and included a remarkably wide range of excellent scholars and fascinating projects,” said Robert D. Newman, president and director of the National Humanities Center. “The success of these applicants in an especially competitive year is a testament to the quality of work they are doing, and we are delighted to provide them support in the coming year.”

Below, we ask Professor Smith about his book project.

1. What drew you to the topic of infinity?

I suppose it was inevitable that I would find a way to connect my interests in intellectual and cultural history, on the one hand, and mathematics, on the other, since already in college I was a double major in German Literature and Computer Science. So I enjoy using both halves of my brain. But this specific topic only emerged slowly over the past ten years. As I was researching my last book on the history of philosophical and theological discussions about the nature and existence of God, I noticed that many thinkers from the modern German tradition appealed to analogies from mathematics to imagine such things as the relationship between the divine and the earthly realms. In particular, the notion that God and nature are both separated and connected by an infinitesimal difference occurred time and again. And so I started following that thread and it led to this new topic on infinity. Suddenly, the infinite was everywhere in the period from around 1675 (when calculus was discovered) to the early 19th century, especially in the Romantics.

2. Why was the idea of the infinite so polarizing in the 17th century?

I think there were a couple of reasons why the infinite was a threatening idea for a long time. First, back in 1600 when the Italian philosopher Giordano Bruno proposed the idea of an infinite universe composed of an infinite number of worlds, the Catholic church condemned him because in such an infinite universe there seemed to be no room for God as creator of the world “outside” it. But, second, it was common in the 17th century for Baroque thinkers and writers to conclude that if God is infinite, then we, as finite beings, must be in comparison insignificant, transitory, “like a puff of smoke in the winds,” in the words of one poet. There is an excellent book by Amir Alexander, Infinitesimal: How a Dangerous Mathematical Theory Shaped the Modern World, which discusses the way that Jesuits fought against the new field of calculus. My study picks up, in a sense, where he left off because I want to understand how the notions of the infinite and infinitesimal stopped being threatening and came to be accepted during what we call the long 18th century.

3. What do you believe to be your most interesting find while researching this topic?

Ever since college I have been fascinated by the (albeit controversial) theory proposed in the 1960s by Thomas S. Kuhn that science develops not incrementally but by means of “revolutions” and “paradigm shifts.” That is, as scientists do research they encounter anomalies, but they don’t know what to do with them. Only when a radically new theory is proposed can a new perspective emerge that offers a wholly new explanation—and what was once an anomaly now has a place in the new theory. But it takes time for scientists to adopt that new perspective because they must in a sense see the world differently. Kuhn compares this transformation to a gestalt shift, as in the optical games/illusions where an image from one perspective looks like a rabbit and from another looks like a duck. 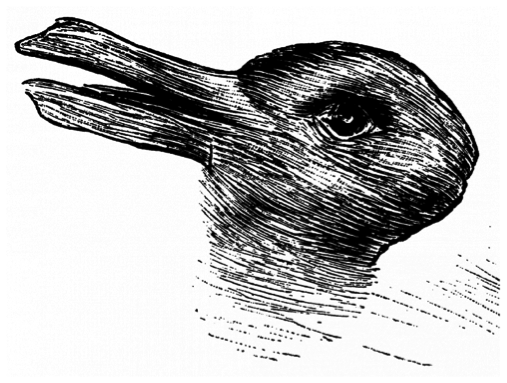 The goal of my study is to show how, over the course of some 150 years, the idea of the infinite and the infinitesimal, or more specifically, the idea that the infinite isn’t in a sense “out there” beyond the world but present within it, went from being an anomaly to an accepted idea.

4. Why is it important to trace how mathematical (or scientific) and humanistic discourses influence each other?

There are so many reasons why it’s important to bring these areas together. Given my specific topic, it is my thesis that the “normalization” of the infinite in the world, as a scientific and mathematical idea, happened in large measure because of developments in philosophy, theology, and poetry. A huge number of literary and religious works produced in the 18th century celebrated the presence of the divine within the everyday—God in a blade of grass, a grain of sand, a drop of water. And philosophers explored the consequences of a world expanded by the telescope and microscope. Such developments in humanistic fields prepared readers to accept the new thinking in math and science. Indeed, at a broader level, we see that even though these two spheres, the so-called “two cultures” of natural science and the humanities (C. P. Snow), may have different methods and agendas, they are historically intertwined. And thus, especially in a time with both the humanities and the sciences are under attack in our society, it is important to study connections and join forces. It’s crucial both as a matter of historical fact and as means of our academic survival.