Nine senate faculty have joined the UCI School of Humanities this fall with appointments in the Departments of English, History, Film and Media Studies and Philosophy. Their research and foci span Black literature, cultural movements and visual culture, Brazilian and Japanese cinema, the philosophy of words and categories, and fiction.

With these new additions, the School of Humanities is now home to 185 senate faculty. 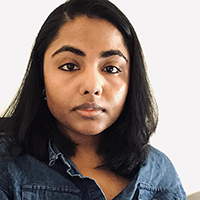 Dr. Srimayee (Sri) Basu earned her Ph.D. from the Department of English, University of Florida in 2020, and her MPhil from the Department of English, University of Delhi in 2015. Her research interests are in African American literature of the long nineteenth century, Black diasporic literatures, multiethnic American literatures and critical theory. At the University of Florida, she was a recipient of the Mellon Intersections Doctoral Grant for her work on mass incarceration and prison abolition. Her doctoral dissertation, Fugitives, Travelers, Émigrés: The Carceral Subjects of the Long Nineteenth-Century Black Atlantic, engages with the rapidly growing field of Black Atlantic studies, arguing that nineteenth-century Atlantic world Black literature and print archives reveal a complex intertwining of literary history and penal history. She is especially interested in exploring the ontological turn in Black studies and theorizing the ways in which racial Blackness has been historically overdetermined by the carceral. Her work has appeared as journal articles in Modern Language Studies and Albeit, and as a book chapter in a critical anthology on Frederick Douglass by Salem Press.

Fun fact: Despite wishing to be an academic her entire adult life, Sri firmly believes that the most enduring education within the academy is to be found not only in the classroom but also in student movements, labor unions and socially motivated reading groups. 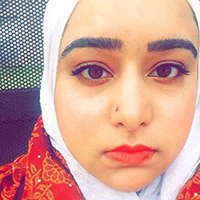 Dr. Meryem Kamil earned her Ph.D. from the Department of American Culture at the University of Michigan. She held the Chancellor's Postdoctoral Fellowship at the University of California, San Diego from 2019-2020 in the Ethnic Studies Department, also her undergraduate alma mater. Her research interests include new media, postcolonial studies, and Palestine studies. She is a member of Precarity Lab and a co-author of Technoprecarious (Goldsmiths Press, November 2020). 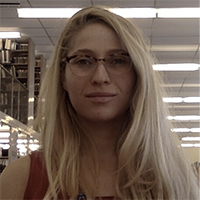 Allison Koslow hails from MIT’s Linguistics and Philosophy Department, where she did her doctoral work. Her research concerns philosophy of language, feminist philosophy and metaphysics, as well as the history of analytic philosophy and the philosophy of linguistics. Her current project, “Meaning Change, in Theory and in Practice,” concerns what linguistic change reveals about meaning in public language, and the hope that revising our concepts may make for a better world. Koslow earned her B.A. from Yale University in philosophy.

Dr. André Keiji Kunigami comes to UCI’s Department of Film and Media Studies from UNC-Chapel Hill, where he was a Carolina Postdoctoral Fellow in the Department of Romance Studies. Kunigami has also taught film history at the Fluminense Federal University in Brazil, and he has been a researcher at PUC-RJ, in Rio de Janeiro, and a Japan Foundation Fellow at Meiji Gakuin University, in Tokyo. He was born and raised in Brazil, where he earned his B.A. in communication from the Federal University of Rio de Janeiro, and his M.A. in communication from the Fluminense Federal University. He earned his Ph.D. in Asian studies from Cornell University, where he also specialized in Luso-Brazilian studies, and film and video studies.

Kunigami’s research interests include Brazilian and Japanese cinema, critical race studies, Blackness/yellowness in Latin America, silent film, and peripheral modernisms. He has published on many topics, such as Japanese and Brazilian avant-garde cinema, Brazilian modernist photography, and critical methodologies of Asian-Latin American studies. He is currently working on his first book manuscript, tentatively titled Of Clouds and Bodies: Film and The Problem of Embodiment in Brazilian and Japanese Interwar Avant-gardes.

Fun fact: While conducting doctoral research in Tokyo, Keiji was invited to perform his first role as an actor in a short movie. Although he had worked as a film editor, and occasional assistant director in Rio de Janeiro, he had never acted (for good reasons!). He left Japan soon after the shooting, but never heard any news of the film. He suspects his acting skills didn’t make it through the editing room. 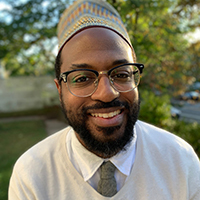 Dr. Rasul Miller joins us from Yale University's Center for the Study of Race, Indigeneity, and Transnational Migration where he served as a postdoctoral associate in the study of the racialization of Islam during the 2019-2020 academic year. His research interests include Black Muslim communities in the Atlantic world, Black radicalism and its impact on social and cultural movements in the twentieth century U.S., Black internationalism, and West African intellectual history. Miller's current book project, Black Muslim Cosmopolitanism: The Global Character of New York City's Black Muslim Movements, examines the Black internationalist origins of early twentieth-century Black Sunni Muslim congregations in and around New York City, and the cultural and political orientations that characterized subsequent communities of Black Muslims in the U.S. who built robust, transnational networks as they actively engaged traditions and communities of Muslims on the African continent.

Fun fact: Rasul has been called a walking encyclopedia of all things hip hop. He started listening at age six. 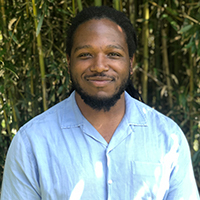 Morgan earned his Ph.D. in English literature from Brown University and his B.A. in English and Black studies from Amherst College.

Fun fact: As an undergraduate, Cole worked as a staff photographer for the Amherst College alumni magazine. 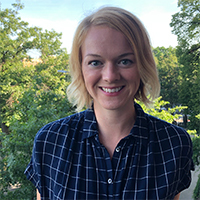 Dr. Katherine Ritchie joins us from the City University of New York (The Graduate Center and City College of New York) where she was an assistant professor of philosophy. Ritchie is the author of articles on the nature of social groups, the language we use for groups (e.g., generic generalizations, slurs, plurals), essentialist thought and language, and identity politics. Her articles have appeared in Advances in Child Development and Behavior, Australasian Journal of Philosophy, Philosophy and Phenomenological Research, Philosophical Studies, Philosophers’ Imprint, Philosophy Compass, and Thought, among others. She is currently working on a project on the personal and institutional effects of the ways we categorize and essentialize. Ritchie earned her Ph.D. in philosophy from the University of Texas at Austin and her B.A. from Lewis and Clark College.

Fun fact: Kate has been a cetacean enthusiast since she was a child, but didn’t see a whale in the wild until she visited UCI! 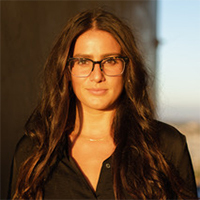 Dr. Valentina Montero Román joins us from the University of Michigan’s Department of English where she earned her Ph.D. and was a Frederick Donald Sober Postdoctoral Fellow. Valentina’s scholarship and teaching focus on Latinx and African American literature, women of color feminisms, critical race theory, and modernism. Her current book project explores how women authors use literature to respond to the racialization developing through conceptualizations of cognitive citizenship and modern gendered identity in the early twentieth century. You can find her work in the collection Latinx Ciné in the Twenty-First Century and forthcoming in the journal Modern Fiction Studies.

Fun fact: When she was an undergraduate, Valentina was a Division I soccer player at Rutgers University. 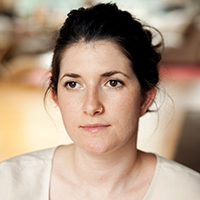 Claire Vaye Watkins was born in Bishop, California in 1984. She was raised by her mother in the Mojave Desert, in Tecopa, California and Pahrump, Nevada. A graduate of the University of Nevada Reno, Watkins earned her M.F.A. from the Ohio State University, where she was a Presidential Fellow. She is the author of the ecofabulist novel Gold Fame Citrus, and the short story collection Battleborn, which won the Story Prize, the Dylan Thomas Prize, New York Public Library’s Young Lions Fiction Award, the Rosenthal Family Foundation Award from the American Academy of Arts and Letters, and a Silver Pen Award from the Nevada Writers Hall of Fame.

Her fiction and essays have appeared in The New York Times, Granta, The Paris Review, Tin House, Freeman’s, Story Quarterly, The New Republic, and many anthologies including New American Stories, Best of the West, Best of the Southwest, Pushcart Prize XLIII, and The Penguin Book of the Modern American Short Story. A Guggenheim Fellow, a Lannan Literary Fellow, and among Granta's "Best Young American Novelists" in 2017, Watkins lives in the Mojave Desert.