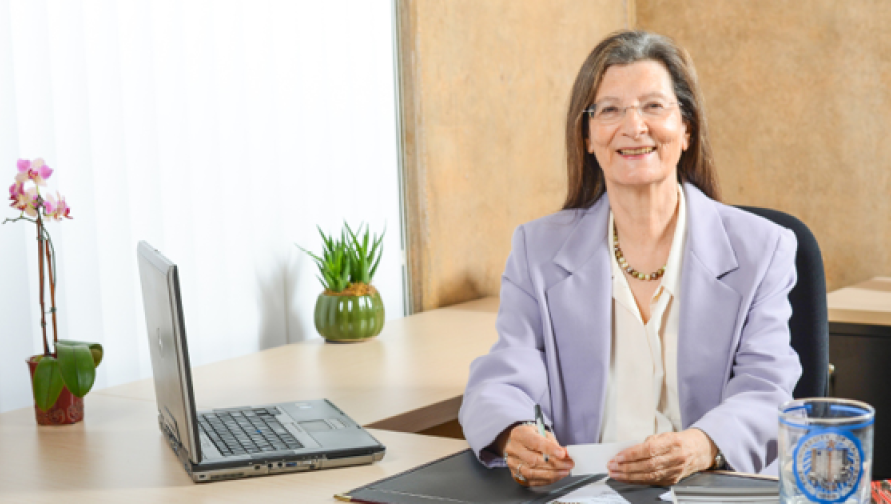 University of California, Irvine Melden Chair of Moral Philosophy Margaret Gilbert is accustomed to forging new paths. She is one of two women in the UCI School of Humanities to be inducted into the prestigious American Academy of Arts and Sciences and, as a philosopher, occupies a field where women are significantly underrepresented.

“There are many more men in the profession than women. The imbalance is quite striking,” says Gilbert, who recalls one particular experience in her career that speaks to some of the challenges of working as a female-identifying philosopher.

Some years ago, Gilbert addressed a predominantly male audience at a regional philosophy conference. After her talk, audience members proceeded to ask questions about her paper related to game theory. But before she could explain her work, a male member of the audience started answering a question for her instead—an experience similar to those of many women who have been “mansplained,” or interrupted in mid-sentence by a male colleague.

“The fact that I’ve remembered that all these years shows what an impression it made. I can’t say that the second audience member had anything but good intentions, but it’s unusual for someone else to answer a question posed to a speaker, and I doubt he would have done that to a male speaker,” said Gilbert.

After the discussion had ended, some of the men crowded together, discussing Gilbert’s points and arguing for and against them.

“I was standing right by them, and tried to join in. I’m not sure they noticed but they paid no attention to my efforts, and I eventually left them to it. Again, I don’t know that they wouldn’t have ignored me had I not been a woman, but I suspected that might be the case.”

Taking this directive to heart, Gilbert has made a point of bringing a number of distinguished women philosophers to UCI to give a Melden lecture, including Frances Kamm and Christine Korsgaard, both of Harvard University, Ruth Millikan of the University of Connecticut, and Julia Annas of the University of Arizona. She shared that she has been honored personally to know many women who have contributed immensely to the field of philosophy, landing prestigious honors like the Rolph Schock Prize, which was recently awarded to Millikan.

She wants to make sure that all women in philosophy at UCI realize that “you can do it.”

“It’s certainly not impossible to carve out a congenial career path, and the more who try and succeed, the better for those who come later.”

Gilbert centers her academic work on the philosophy of the social world. Central topics include the nature of acting together or what it is to do something with another person, collective moral responsibility and collective belief.

In her most recent work Gilbert has focused on the nature and grounds of rights, which Gilbert says are understood to be valuable positions in society. She explores this topic in depth in her latest book, Rights and Demands: A Foundational Inquiry, soon to be published by Oxford University Press.

“Who would not want more rights, rather than less?”

In Rights and Demands, Gilbert sheds light on a highly valued kind of right that has received “little attention in the philosophical literature overall.” These rights, called “demand-rights,” translate to a person having a right when he or she has the standing or authority to demand of someone a certain action.

The central question of the book is: What are the grounds of demand-rights? In other words, what gives people certain demand-rights, and how precisely do they do that? How does one person find him or herself with the authority to demand an action of another person?

Gilbert argues that we can try to persuade people to do a certain thing, but that if we want the authority to demand certain actions of others—that they donate, for example, blood—we need to have made some “relevant joint commitment.” Joint commitment is a central theme in Gilbert’s work. She has invoked it in explanations of acting together, social convention, political obligations, and more. These topics and more are discussed in great detail in her 2013 book Joint Commitment.

When researching Rights and Demands, Gilbert wanted to consider the question whether there are other grounds of demand-rights.

“In particular, do we have some such rights ‘naturally’? More precisely, can we show by moral reasoning that we have such rights, without reference to our joint commitments?” The problem, Gilbert explains, is that even if we know that treating people some way is morally wrong, we need to go beyond that to show that they have demand-rights to our abstention from such treatment. Some philosophers have tried to show this, but, Gilbert says, their arguments are not convincing.

Granting that relevant joint commitments may be the only ground of demand-rights, the last chapter of Gilbert’s book provides a new perspective on our understanding of human rights, generally considered to be the most important rights of all, arguing that it is important to have relevant treaties and agreements if people are to have the standing to demand their human rights.

“As I say at the end of the book, we need to make our joint commitments wisely, so that what we can authoritatively demand of each other are actions leading to morally attractive outcomes.”

From classics to a love for philosophy

When Gilbert was an undergraduate at Cambridge University, she majored in the classics—the study of Greek and Roman history, literature, and philosophy—which she had studied with intense curiosity in high school. But after completing the first part of her degree, she wanted to move on to the 20th Century. After considering various options, René Descartes’ Meditations on First Philosophy won her over to the world of philosophy.

Incidentally, as she was nearing the end of her time at Cambridge, Gilbert had the chance to meet the late Stephen Hawking at a graduate student party.

“His friends, who introduced us, joked, ‘Stephen can prove that the earth is flat, but he’s the only person who can understand the proof!’ He and I remained friends through the years and I was very sad to read of his recent passing.”

Gilbert shared that she had always been interested in writing fiction and wrote a novel the year she graduated from Cambridge, but never tried to get it published. During her undergraduate years at Cambridge, she worked as a volunteer in the local psychiatric hospital and was interested in understanding and addressing psychiatric disorders and had once considered that a possible career path.

Although Gilbert says she did contemplate various careers outside academia, she made no serious advances towards any of those, as she found that philosophical research and teaching was her calling.

Gilbert went on to graduate school at Oxford before landing her first full-time teaching job at Manchester University. She later became a professor in the philosophy department at the University of Connecticut for 23 years before deciding to make the move to Orange County, California, to escape the harsh winters despite the beautiful departmental ethos and serene countryside views. It was then that UCI asked if she would be considered for the Melden Chair in Moral Philosophy, to which she agreed.

“I guess I got into the academic groove. It’s a wonderful life and I feel very grateful to have been able to live it.”

Gilbert says she’s amused to find that people are often surprised to learn that she and other philosophers have any outside interests at all.

“I guess they think that we prefer to spend all our time up in the clouds of abstract thought. I think it’s important to come down from those clouds sometimes, though it is sometimes hard to bring oneself to do so.”

When she’s not researching or lecturing about moral philosophy or the philosophy of social phenomena, you might find Gilbert singing, dancing, writing poetry, and capturing breathtaking views of the Southern California coast.

One of the great things about living in Irvine, she says, is the wonderful proximity to beaches and Crystal Cove.

“I enjoy taking photos of beautiful scenes, flowers, and so on as a way of preserving precious memories. I rarely go for a walk without taking out my iPhone to snap a few things, and I often send photos to friends.”

She’s also written poems on and off since she was 12. But most of all, she enjoys being with the people she cares about, including her students who inspire her every day.

It is Gilbert’s hope that students come away from her classes feeling like they’ve come to grips with intriguing new questions and answers that have been presented by philosophers.

“I tell my students that I want to hear their brain cells whirring, and I want them to share their thoughts with me and the rest of the class. That way we all learn something.”

As for projects on the horizon, Gilbert hopes to follow up on some threads she didn’t get the chance to pursue in Rights and Demands and is considering writing a short book in her general area of expertise for those with little or no philosophy background.

This summer, she plans to travel to Europe to defend the themes and theses in Rights and Demands.

Gilbert says she is not sure how and if her work finds its way into her day to day interactions—but perhaps that’s precisely what keeps her on her toes every day.

“I suppose I am on the lookout for things that support or seem to go against my theories of the social world.”