"The Pronouns": A Workshop (Session 3) 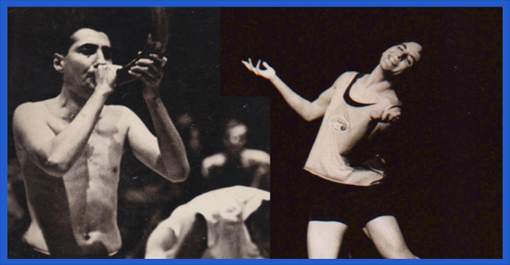 "The Pronouns": A Workshop

Webinars will feature 3-4 scholars discussing their papers with one another and the registrants.

Craig Dworkin has published four scholarly monographs, including Dictionary Poetics: Toward a Radical Lexicography (Fordham, 2020) and Radium of the Word: A Poetics of Materiality (Chicago, 2020); he teaches literary history at the University of Utah and curates the Eclipse archive <eclipsearchive.org>.

Barbara Formis, PhD in philosophy from the Sorbonne University, is Senior Lecturer in Aesthetics and Philosophy of Art at the School of Arts of the University Paris I, Pantheon-Sorbonne. Barbara is the co-director of the collection Aesthetics, at the University Press of the Sorbonne. She is the co-founder and co-director, with choreographer Melanie Perrier, of the Laboratoire du Geste (The Gesture Laboratory), a platform that promotes research, publication and experimental research in the interdisciplinary field between performance the visual arts. In 2010, she published Aesthetics of Ordinary Life in the collection ‘Lignes d’Art’ with Presses Universitaires de France. She has also edited two anthologies: Gestes à l’oeuvre (Gestures at Work) published by L’Incidence éditions in 2008 (republished in 2015) and Penser en Corps (Thinking through the Body) L'Harmattan, 2009. Mainly influenced by pragmatism, Barbara works in the interdisciplinary field between philosophy and performance. Her research concerns the aesthetics and philosophy of the body, ordinary language, gestures and expression with a particular focus on dance, happenings, performing events and their relationship to social phenomena and everyday practices. She has been a dancer and has also worked as a dramaturge.

Célia Galey, an École Normale Supérieure (2005) and Fulbright (2014) alumna, is Assistant Professor of American literature at the Université Gustave Eiffel (formerly Université Paris Est Marne-la-Vallée) and a freelance translator. Her research on American poetry and art of the 20th and 21st centuries focuses on the political impact of aesthetic and literary choices, and addresses the challenges that traditional preservation, publishing, and curatorial strategies are faced with when confronting performance scripts. Galey obtained her PhD in American Literature from Paris Diderot University / Paris 7 in 2016. Her doctoral dissertation ("Places and non-places in Jackson Mac Low's performance writing") is a monograph on Jackson Mac Low, which studies the definition of and quest for a paradoxical anarchic order through his poetics and performances.

Martin Harries is professor of English at UC Irvine and works on twentieth-century theater, modernism, and theory.  He is the author two books, Forgetting Lot’s Wife: On Destructive Spectatorship (2007) and Scare Quotes from Shakespeare: Marx, Keynes, and the Language of Reenchantment (2000).  Recent essays concern Sarah Kane and Joy Division and modern drama and media.  His book in progress about the impact of mass culture on postwar drama is called Theater after Film.

Hannah B Higgins is a professor and the founding director of the interdisciplinary Bachelor of Arts in IDEAS at the University of Illinois at Chicago. Her interest in the socially situated nature of sensory experience has led to two streams of research.  One examines how Fluxus, Happenings (and other artists active since the 1960s) have pushed back against a predominantly visual paradigm of the arts. The other looks at the deep history of sensory organization in European and American culture. Higgins’s books include Fluxus Experience (University of California Press, 2002), The Grid Book (MIT Press, 2009) and the anthology Mainframe Experimentalism: Early Computing and the Foundations of Digital Art (University of California Press, 2012), which she co-edited with media historian, Douglas Kahn. From 2011-2014, Higgins was a University Scholar at UIC. She has also received DAAD, Getty Research Institute, Philips Collection, and Mellon Foundation Fellowships in support of her research. This research takes the form of academic writing and lecture, as well as more experimental descriptive writing and lecture-performance. The daughter of Fluxus artists Dick Higgins and Alison Knowles, she is co-executor with intermedia artist, Jessica Higgins, of the Estate of Dick Higgins and his Something Else Press.

Simon Leung is an artist whose work includes an on-going opera project set in Los Angeles’ Griffith Park; a live/video work addressing the philosophical and political dimensions of the glory hole in the time of AIDS; a trilogy on the residual space of the Vietnam-American War; an extended proposal of Duchamp’s oeuvre as a discourse in ethics; a video essay on war, real-estate, and the site/non-site dialectic instigated by Smithson’s reception of Poe; “art workers’ theater” addressing the intersection of art, labor, education, institutions, and exploitation; and context-specific works centering on the squatting body as a heuristic cipher. Leung’s most recent works is “Introduction to Yvonne Rainer: A project by Simon Leung” for the Beijing Inside-Out Art Museum in 2019, which introduced Rainer’s work to China. He has received fellowships from the Guggenheim Foundation, the Clark Art Institute, New York State Council on the Arts, New York Foundation for the Arts, City of Los Angeles, California Community Foundation, Fellows of Contemporary Art, Art Matters, and the Art Journal Award for his writing. Co-editor of Theory in Contemporary Art Since 1985, he is Professor of Art at UC Irvine.

Clarinda Mac Low, brought up in the avant-garde arts scene that flourished in NYC during the 1960s and ‘70s, began performing with her father Jackson Mac Low and with Meredith Monk when she was 4 years old. She started out working in dance and molecular biology in the late 1980s and now works in performance and installation, creating participatory events that investigate social constructs and corporeal experience, while keeping up a practice of medical journalism, specializing in HIV/AIDS. Mac Low is Executive Director of Culture Push, an experimental organization that links artistic practice and civic engagement, and co-director of Works on Water, an organization that supports art that works on, in, and with waterways in response to a changing climate. Mac Low holds a BA, double major in Dance and Molecular Biology, from Wesleyan University and an MFA in Digital and Interdisciplinary Arts Practice from CCNY-CUNY.

Tyrus Miller is Dean of the School of Humanities and Professor of Art History and English at the University of California, Irvine. His publications include Late Modernism: Politics, Fiction, and the Arts Between the World Wars (U of California), Singular Examples: Artistic Politics and the Neo-Avant-Garde (Northwestern); and Modernism and the Frankfurt School (Edinburgh).

Carrie Noland is Professor of French and Comparative Literature and Director of the International Center for Writing and Translation at the University of California, Irvine.  She is the author of four books:  Poetry at Stake: Lyric Aesthetics and the Challenge of Technology (Princeton, 1999); Agency and Embodiment (Harvard, 2009); Voices of Negritude in Modernist Print (Columbia, 2015); and Merce Cunningham: After the Arbitrary (Chicago, 2019).  In collaboration with anthropologist Sally Ann Ness, she co-edited Migrations of Gesture (Minnesota, 2008), and with the poet Barrett Watten she co-edited Diasporic Avant-Gardes (Palgrave, 2009).  Noland studies the interplay between technology and artistic creation from a variety of angles, moving from performance poetry to dance, from subjectivation to racialization.  She is the recipient of fellowships from the National Endowment of the Humanities, the American Philosophical Society, the Camargo Foundation, the American Council of Learned Societies, the Clark/Oakley Humanities Center, and the John Simon Guggenheim Foundation.

Judith Rodenbeck is the Chair of theDepartment of Media & Cultural Studies at the University of California, Riverside. Trained as an art historian (and intermedia artist!), she is the author of Radical Prototypes: Allan Kaprow and the Invention of Happenings (2011), along with numerous articles and catalogue essays on postwar intermedial arts.
Click HERE for the March 13, 2020 performance of “40 Dances for the Dancers” directed by Clarinda Mac Low.