Korea's Response to COVID-19: A Lesson To Be Learned

On Tuesday, May 19, please join us for a stimulating virtual panel:

South Korea has proven itself as a model in its response to COVID-19. As a site of early spread before the pandemic reached global proportions, Korea quickly put in place systematic measures for effectively containing the virus such as: manufacturing and disseminating test kits, creating convenient testing sites for the general population, and implementing an effective contact tracing network. Despite the emergence of new clusters linked to clubs in Seoul's Itaewon-dong district, daily confirmed cases remain relatively low. After a lengthy period of state-imposed social distancing, schools, shops and even baseball stadiums have begun to reopen under safer conditions.

In order to discuss and answer questions on how South Korea was able to establish itself quickly as a leader in its response to COVID-19, the Center for Critical Korean Studies is hosting this unique panel bringing together perspectives from governmental, scientific and business communities.

I hope to see you there virtually,

Helen Cha Roberts, president, Seegene Technologies
Dr. Helen Cha Roberts is president of Seegene Technologies, the U.S. subsidiary of Seegene Inc., the global leader in COVID-19 molecular testing, having provided over 10M tests to over 60 countries to date. Seegene’s Allplex 2019-nCoV test is responsible for the vast majority of the testing performed in countries around the world.

Tyrus Miller, dean, UCI School of Humanities
Tyrus Miller is an internationally recognized scholar of 20th-century art, literature and culture, with a specialization in the innovative modernist and avant-garde literary and artistic movements of Europe and the United States. 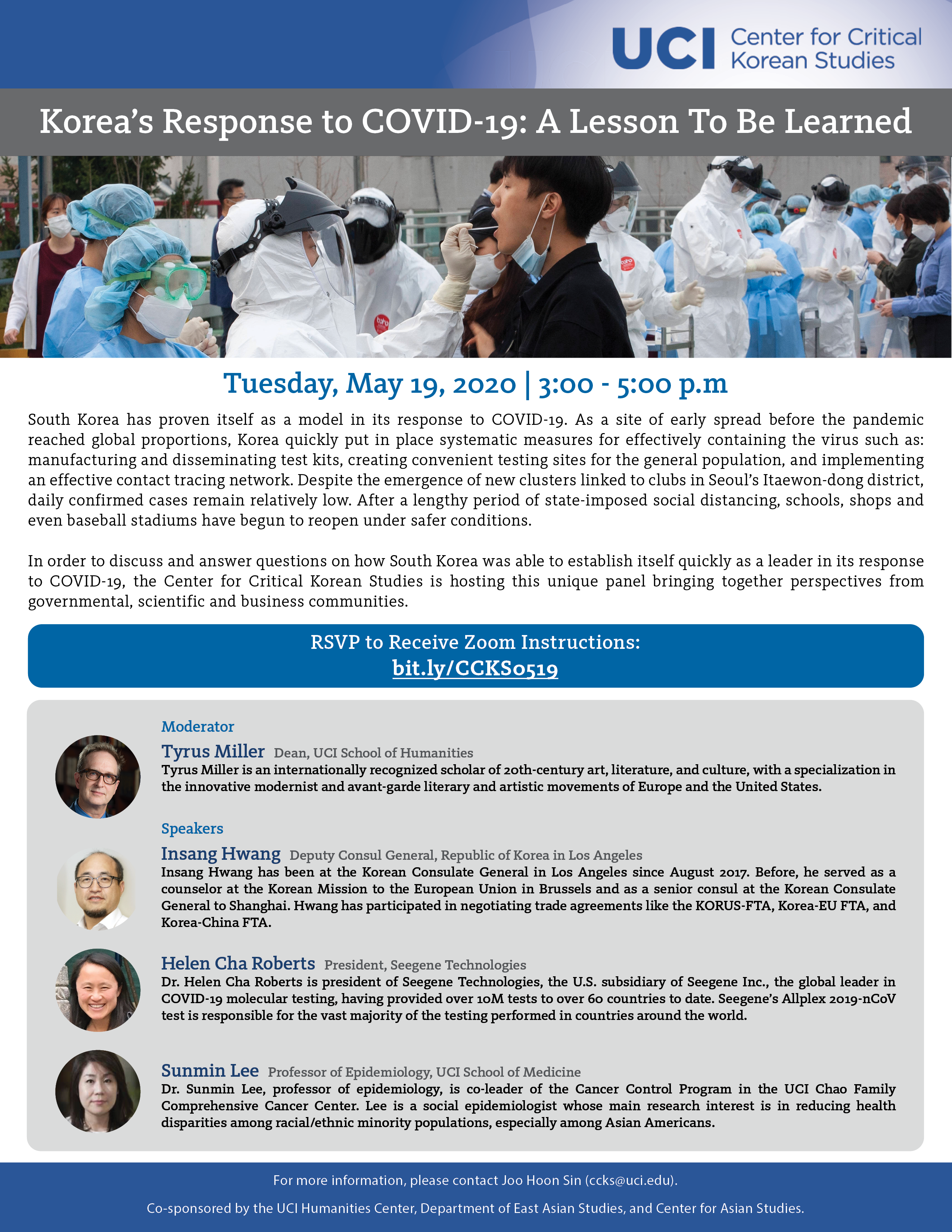