The Theory of Inner Sensuousness

Poetics History Theory @ UCI Presents:
Charles Altieri will be giving a lecture entitled “The Theory of Inner Sensuousness” on February 23rd, from 4:30-6:30 in Humanities Gateway 1030.

More delicate than the historians’ are the map-makers’ colors. Hegel's notion of "inner sensuousness” can help us to understand the modernist interest in self-conscious states involved in the making of art, rather than in qualities of representation directly exemplified in works. Robert Pippin has dismissed the idea as a Hegelian mistake. Are there in fact states that we can characterize by the name “Inner Sensuousness?” If so, what kind of powers they might have? With the help of Elizabeth Bishop and John Ashbery, I aim to give a phenomenological account of this aspect inner life capable of resisting current forms of materialist work on states of consciousness, and focus on its implications for a faculty of judgment.

Charles Altieri is the Rachel Stageberg Anderson Chair in the Department of English at the University of California, Berkeley. He has written many books and essays, the most recent of which are Wallace Stevens and the Demands of Modernity (2013) and Reckoning with Imagination:  Wittgenstein and Literary Aesthetics (2015). He is currently writing a book on inner sensuousness as the basis for an account of how self-consciousness might matter in various modernist poets and painters--matter then and matter now. 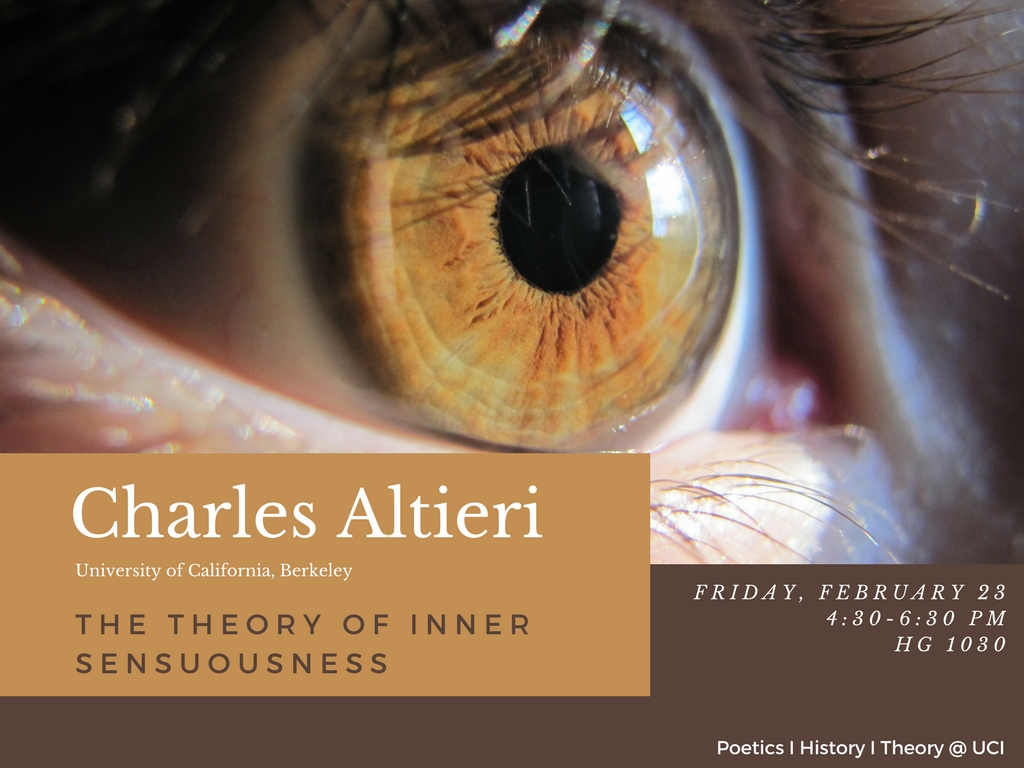