The Center for Critical Korean Studies and the Korea Law Center at University of California Irvine (“UCI”) and the American Law Center and Cyber Law Center of the Korea University Law School (“KU”) present the webinar Law and Privacy in the New Normal: Long-Term COVID-19 Containment Strategy where experts will discuss the role of law and privacy in long-term COVID-19 containment strategies both in the US and Korea.

Korea is the only major country affected by COVID-19 that has neither closed its borders to any country nor mandated general lockdowns. Korea found success instead by quickly re-activating Section 76-2 of the Infectious Disease Prevention Act legislated in 2015 in response to MERS. This Act allows comprehensive location tracking of patients, suspected patients, contactees, and suspected contactees. Implementation of this contact tracing law has been fully embraced by the public in Korea. Even after the COVID-19 curve has flattened, Korea continues to be proactive with its tracing policy in an effort to maintain its open-border, open-business policy. Korea has legislated a new rule that requires every club and bar customers to electronically scan their QR codes.

Due to privacy concerns, the U.S. has yet to legislate a new law that would allow for an effective location tracking of patients and contactees. Several Senate bills were recently proposed, including the Exposure Notification Privacy Act on June 1, 2020, which attempts to protect consumer privacy while promoting public health, but these are still being debated. As the U.S. re-opens businesses, the evaluation of Korean law from human rights and trans-constitutional perspectives is urgent.

Experts will discuss the role of law in both the United States’ and Korea’s response to the COVID-19, and critically reflect on South Korea’s success story, in the hope of making a contribution to the American legal community.

Flier for the event 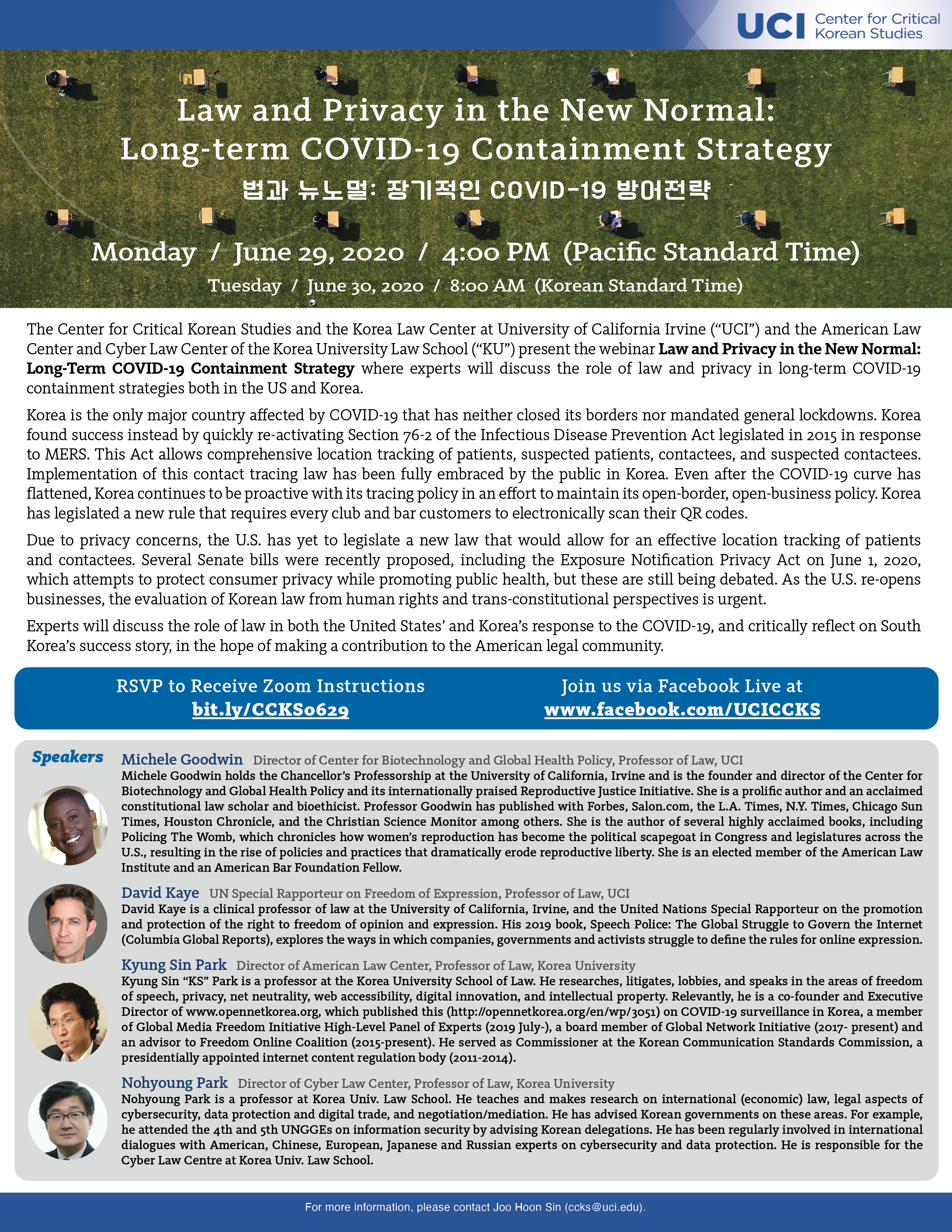