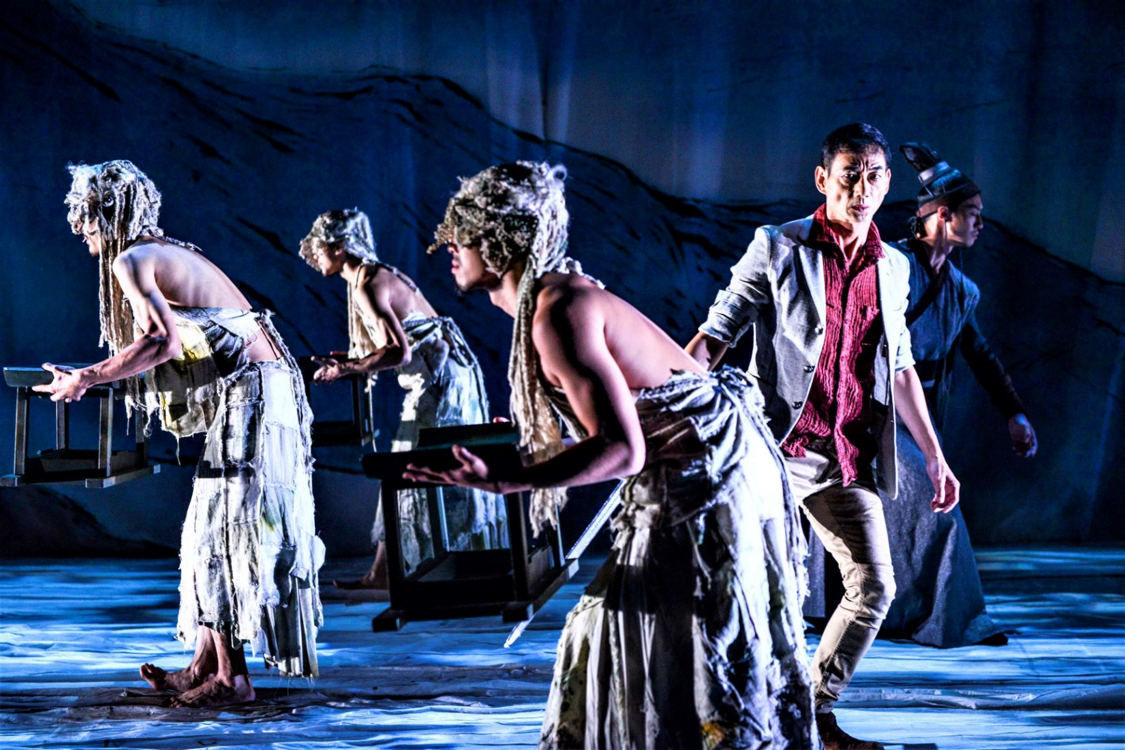 Explore the world of Sinophone theater and opera at this afternoon symposium featuring Tang Shu-wing, a Hong Kong-based theater director whose innovative productions of classical and original works have been performed around the world; and a panel of scholars sharing historical and contemporary perspectives on theater. Please join us on Feb. 4 for a lecture-demonstration of Tang Shu-wing’s production of Macbeth.

Tang Shu-wing studied law in Hong Kong in his early years; he then pursued Theatre Studies in the Université de la Sorbonne Nouvelle in Paris. Strongly influenced by physical theatre—dance as well as visual arts—he has traveled to India numerous times to experience spiritual formation. His works include both traditional and contemporary features deriving from his multi-cultural background. Tang has been dubbed “one of the most talented theatre directors of Hong Kong” by the media. In 1997, he founded No Man’s Land, which aimed to explore different forms of theatrical expression. He directed “Three Women in Pearl River Delta” (1997), “Millennium Autopsy”(1999), “The Hour We Knew Nothing of Each Other”(2000) and “Deathwatch”(2002). Between 2004 and 2011, Tang worked in the Hong Kong Academy for Performing Arts (HKAPA) and was promoted from lecturer to Dean of the School of Drama within 5 years. Meanwhile, he directed “Phaedra” (2005), “Hamlet”(2006) and “Princess Chang Ping”(2007) and trained numerous performers for the institution. In 2011, he founded Tang Shu-wing Theatre Studio, which aims to create diverse works. “Detention” (2011), a non-verbal drama, staged 127 performances in total and reached 25,000 audience members. His work, “Thunderstorm,” (2012) was described as “the perfect combination of dance and drama.” Tang presented “Titus Andronicus” (2012) and “Macbeth” (2015) and became the first Hong Kong director to present Shakespeare’s plays in Cantonese at Shakespeare’s Globe Theatre. “Macbeth” toured in six European cities in 2017 and was staged in The Guangdong-Hong Kong-Macao Greater Bay Area Culture and Arts Festival, Festival Hong Kong 2019 - A Cultural Extravaganza@Shanghai as well as “Hong Kong Week” in Taipei. “Titus Andronicus 2.0” (2009), an embodiment of physical theatre and minimalist aesthetics, continues to tour.

Andrea S. Goldman (Associate Professor, History, UCLA) specializes in the cultural and social history of early modern and modern China, with particular emphasis on the subfields of urban history, performance, the politics of aesthetics, and gender studies. Her first book, Opera and the City: The Politics of Culture in Beijing, 1770-1900, uses opera as a lens through which to observe court and city dynamics in Qing dynasty Beijing. Opera and the City received the 2014 Joseph A. Levenson Award from the Association for Asian Studies for the best book on pre-1900 China. She is currently working on two new projects: the first is a transnational look at the transformation of the ancillary commercial sex culture surrounding Chinese opera performance circa 1900; the second is a history of gossip in China from roughly 1750 to1850.

Daphne Lei is Professor of Drama, at the University of California, Irvine. She is internationally known for her work on Chinese opera, Asian American theatre, and intercultural and transnational performance. She is the author of Operatic China: Staging Chinese Identity across the Pacific (2006), Alternative Chinese Opera in the Age of Globalization: Performing Zero (2011), and Uncrossing the Borders: Performing Chinese in Gendered (Trans)Nationalism (University of Michigan Press, 2019). She has co-edited an anthology with Charlotte McIvor, The Methuen Companion to Interculturalism and Performance (2020). Daphne Lei is known for her advocacy for diversity, equity, and multiculturalism through performance. She is the founder and director of “Multicultural Spring,” a program that has been promoting multicultural performance since 2007; and the founding director of Theatre Woks, a theatre group that cultivates Asian American talent and promotes diversity (2015 to present). She is the former president of the American Society for Theatre Research (ASTR, 2015-2018).

Solomon Yu (PhD candidate, Beijing University; visiting scholar, New Swan Shakespeare Festival). Yu’s Ph.D dissertation aims to investigate the relationship between Chinese translations of Shakespeare’s plays and Chinese culture and society. Different and even competing attitudes and translation strategies reflect a complex interaction between individual learning and cultivation and historical context. These translations are no longer merely a bridge between different languages, he argues, but rather become cultural and political spaces that generate new meaning.