18Jan
Notice! This event has passed.

On the Origin and Materiality
of Blackness

Given that these lectures will focus on new work in progress, the mini-seminars will be limited to only UCI students, faculty, and staff (a valid UCI email address is required).

Tuesday, January 18, 3-5PM PST: Lecture - "On Measurement: Apparatus and Variable in the Ecology of Race"

Wednesday,  January 19, 3-5PM PST: Lecture - "Blacklight: On the Origin and Materiality of the Image"

Thursday January 20, 3-5PM PST: Lecture - "Against Criticism: Notes on Decipherment and the Force of Art"

Students taking the mini-seminars for credit are strongly encourage to complete THIS FORM. You will then receive recommended readings in advance of the mini-seminar.
Zakiyyah Iman Jackson is Associate Professor of English and Director of the Center for Feminist Research at the University of Southern California. Professor Jackson is the author of Becoming Human: Matter and Meaning in an Antiblack World: winner of the Harry Levin First Book Prize from the American Comparative Literature Association, the Gloria Anzaldúa Book Award from the National Women’s Studies Association, the Lambda Literary Book Award for LGBTQ Studies and is featured in Art Forum magazine's “Best of 2021” issue. Her research explores the literary and figurative aspects of Western philosophical and scientific discourse and investigates the engagement of African diasporic literature, film, and visual art with the historical concerns, knowledge claims, and rhetoric of Western science and philosophy. Professor Jackson is at work on a second book, tentatively titled “Obscure Light: Blackness and the Derangement of Sex/Gender.” The project provides a critique of biocentrism (or biological reductionism and determinism) and elucidates the indistinction of sex/gender and race. It argues that antiblackness constitutes the bedrock of modern Western logics of sex/gender, in science and philosophy, and meditates on the transfiguring potentialities of blackness. Jackson’s work has appeared in scholarly journals such as Feminist Studies, e-flux, Gay and Lesbian Quarterly, Qui Parle: Critical Humanities and Social Sciences, South Atlantic Quarterly, and Catalyst: Feminism, Theory, and Technoscience in addition to art exhibition catalogues for the Whitney Museum, Hammer Museum, and The Studio Museum of Harlem. She has work forthcoming in Diacritics. Her articles can be found on her website: zakiyyahimanjackson.com 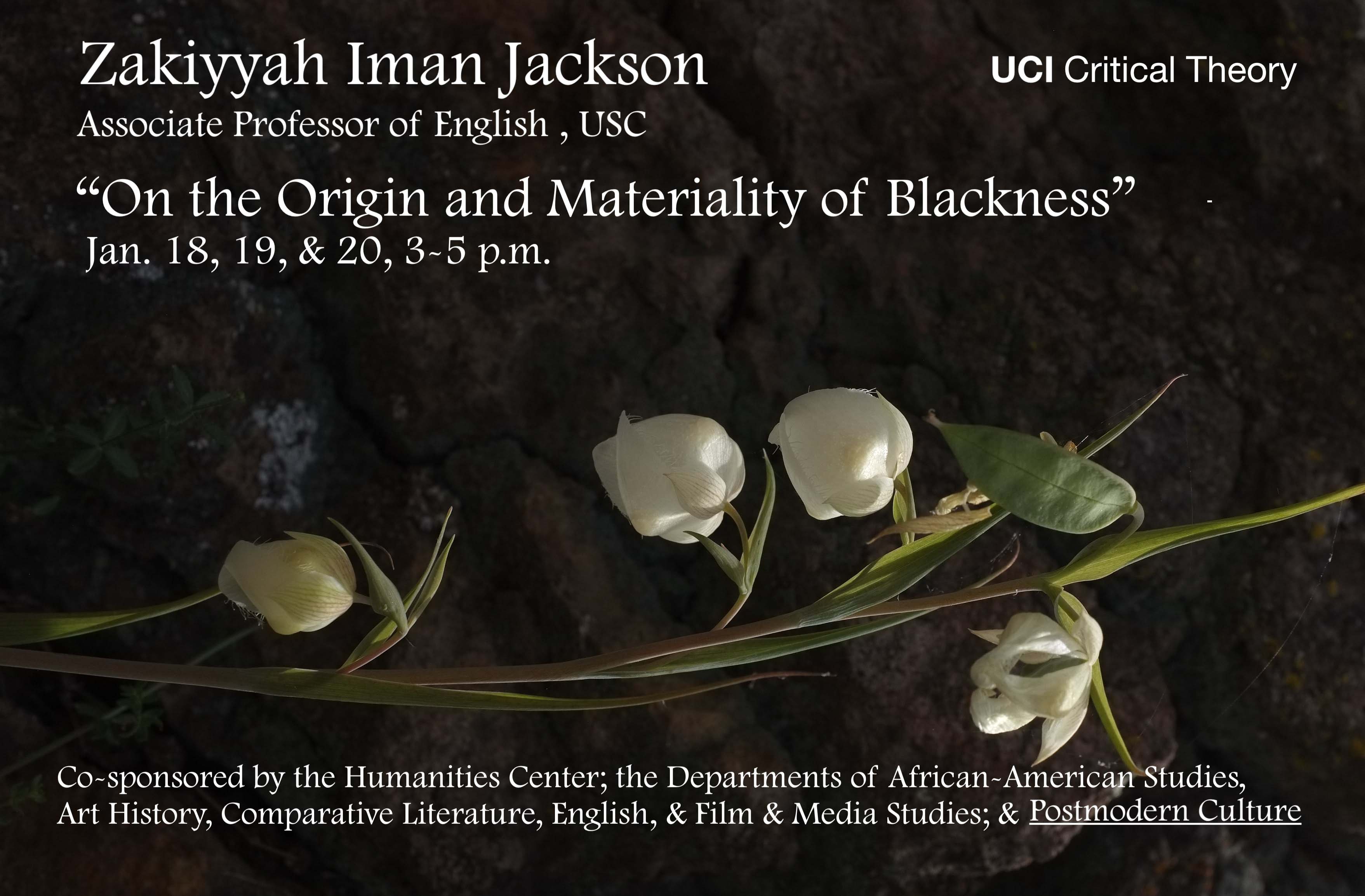