27May
Notice! This event has passed.

The Rise of K-Culture Webinar Series 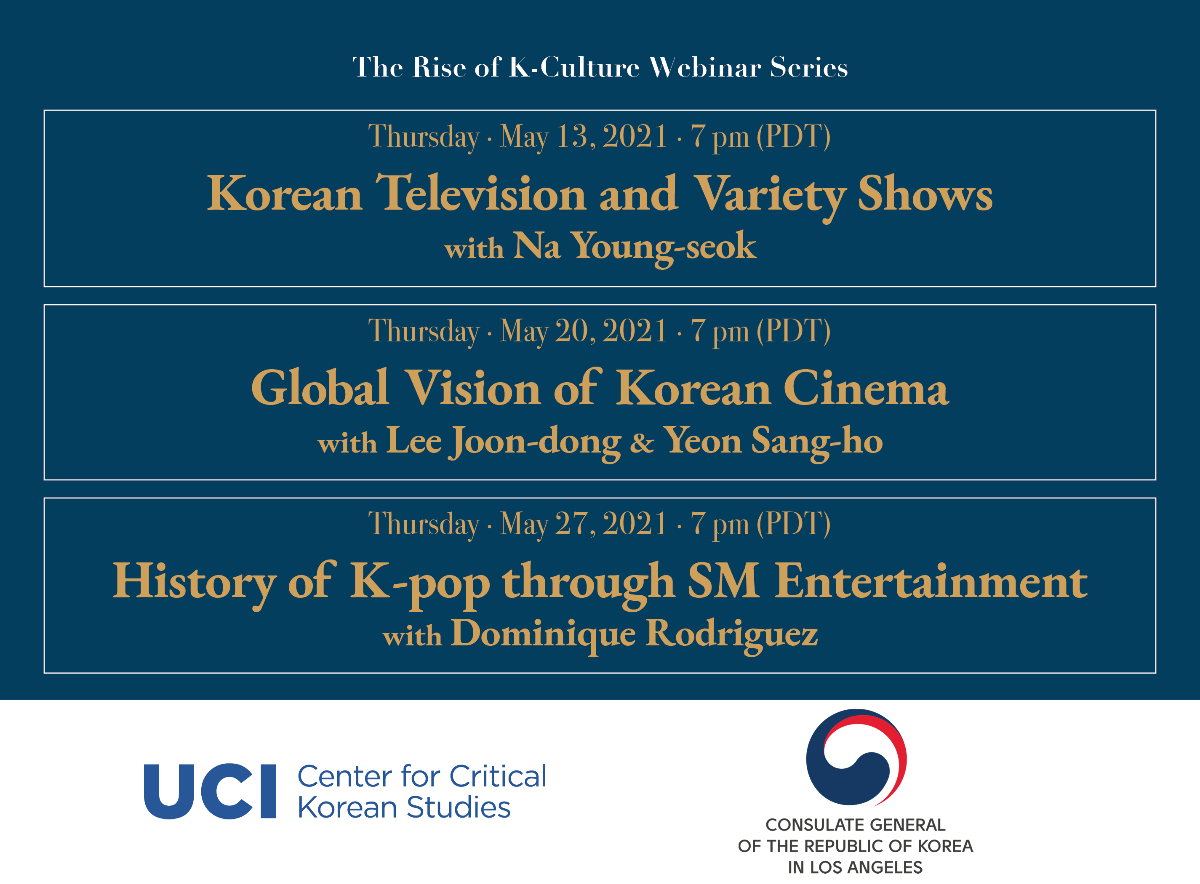 The Rise of K-Culture Webinar Series

From the Oscars to the Grammys, and from the big screen to the small, the achievements of Korean popular culture in recent years have been remarkable. Hosted by the Center for Critical Korean Studies at UCI, the “Rise of K-culture” is a dazzling webinar series led by some of the most prominent figures of K-cinema, K-television, and K-pop.  Moderated by Kyung Hyun Kim, Professor of East Asian Studies and the Founding Director of CCKS, the webinar will offer a unique opportunity to hear directly from the leading experts and producers who are behind some of the best-known contents that together make up “K-culture” today. Each of these brilliant speakers will share their personal stories and address the pressing issues that surround Korean entertainment industry in the increasingly globalizing environment. Co-sponsored by the Consulate General of the Republic of Korea in Los Angeles, SM Entertainment America, and the Department of East Asian Studies, UCI, the webinar is free and open to all. Simultaneous English translation will be available for non-Korean speakers. Attendees will be asked to fill out a brief five-minute survey at the end of each webinar. In order to ensure that your questions are answered during the webinar, please submit your question on the Webinar Registration page at least 24 hours before the event. 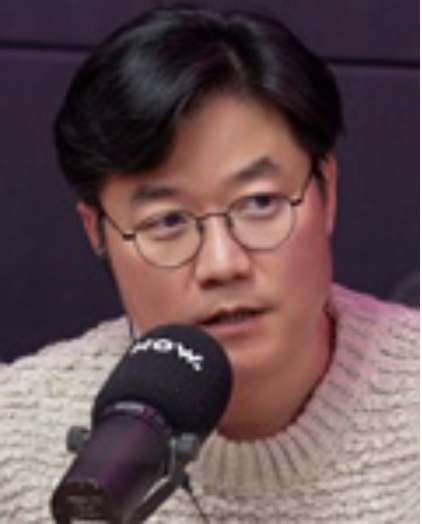 Na Young-seok is perhaps the best-known television producer and director (PD) working in Korea today.  He is responsible for changing the landscape of comedy variety shows by creating the popular variety-reality shows such as 1 Night 2 Days, New Journey to the West, Grandpas Over Flowers, Three Meals a Day as well as their sequels and spin-offs. With the 2021 Academy Award winner Youn Yuh-jung, he created also smash-hit programs Youn’s Kitchen and Youn’s Stay, which just finished airing in 2021.Global Vision of Korean Cinema
Thursday · May 20, 2021 · 7 pm (PDT)
Please Click HERE to Register 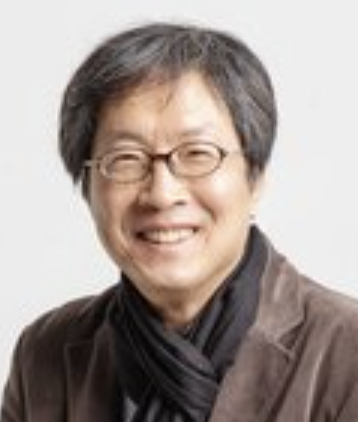 Lee Joon-dong is the producer of  Poetry (2010), for which director Lee Chang-dong won the Best Screenplay Award at the Cannes Film Festival. A younger brother of Lee Chang-dong, Lee Joon-dong has produced over ten feature films that includes Burning (2018), Hwayi: A Monster Boy (2013), and Never Forever (2007). He now serves as the Director of Jeonju International Film Festival. 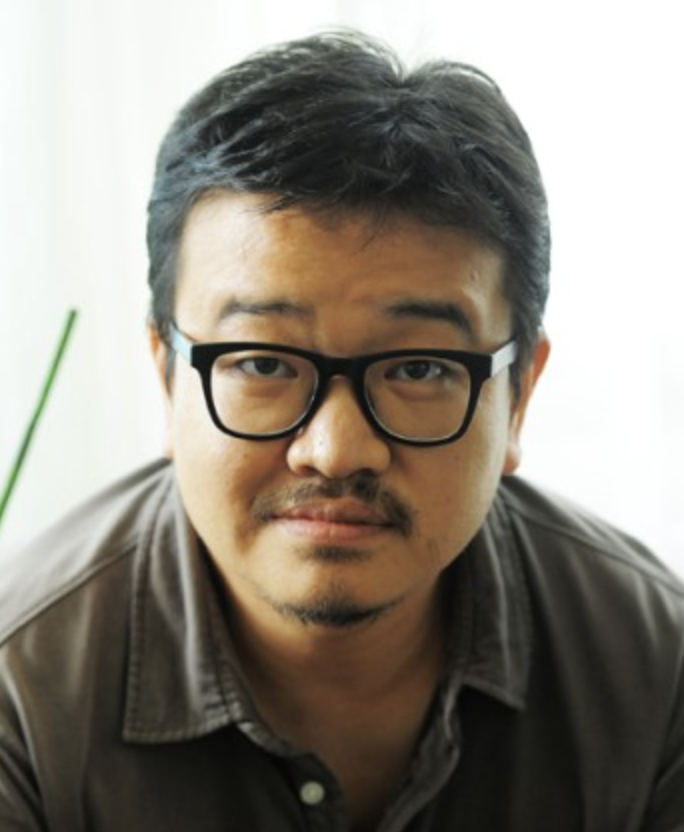 Yeon Sang-ho wrote and directed the animated films The King of Pigs (2011) and The Fake (2013), and the incredibly successful live-action film Train to Busan (2016), its sequel Peninsula (2020) and Psychokinesis (2018). Train to Busan is widely regarded as a pioneering work that inspired a series of zombie genre dramatic contents in Korea.History of K-pop through SM Entertainment
Thursday · May 27, 2021 · 7 pm (PDT)
Please Click HERE to Register 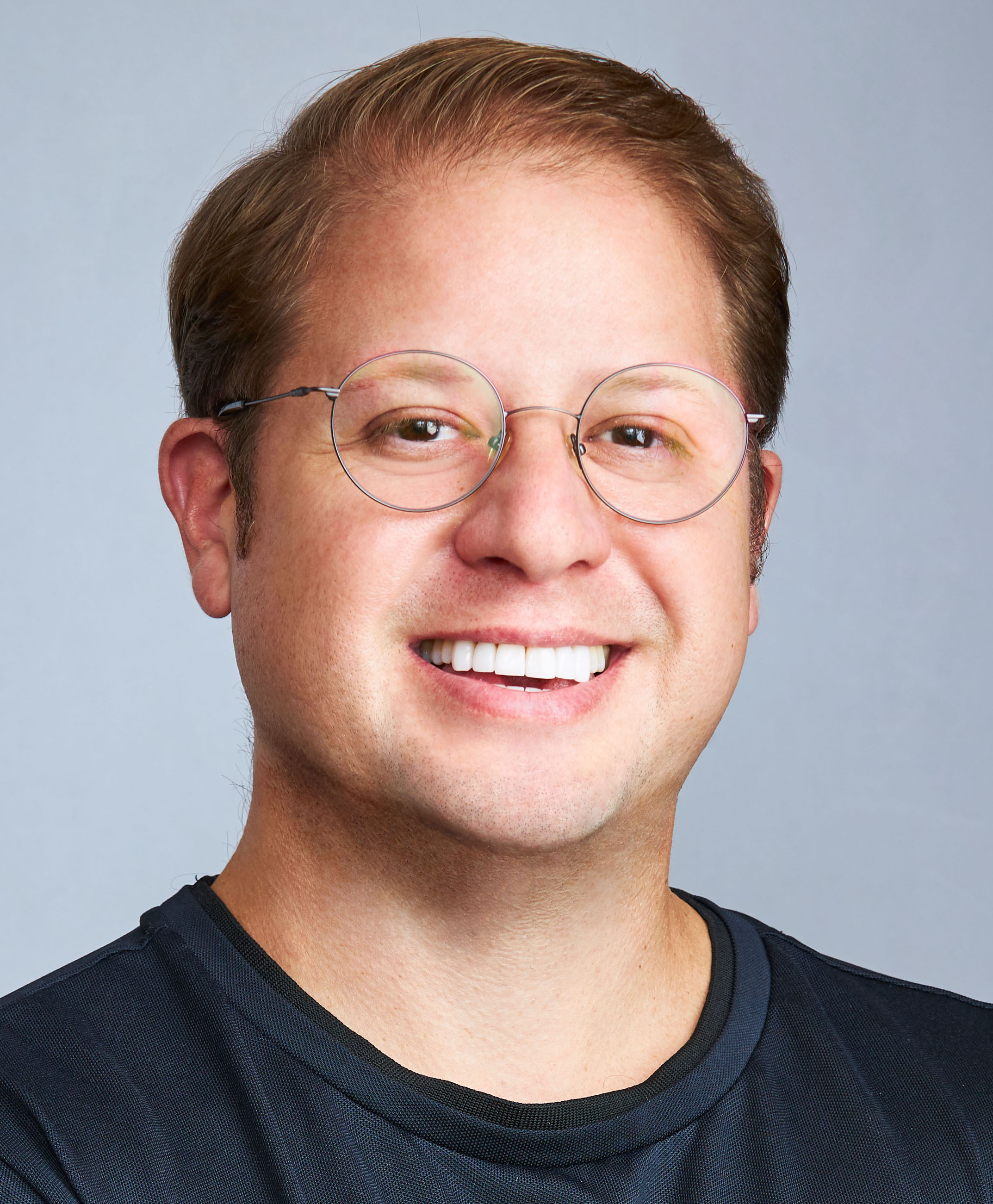 Dominique Rodriguez professionally known as DOM, is a business executive & certified multi-platinum music producer with over 19 years of Entertainment & Corporate Industry experience dating back to 2002.  Based in Los Angeles, Dom is the Senior Vice President of SM Entertainment USA, and has worked with artists such as EXO and Girls Generation just to name a few. In addition to his work as an executive & producer Dom also serves as a board member of the Global Citizens Organization.