5May
Notice! This event has passed. 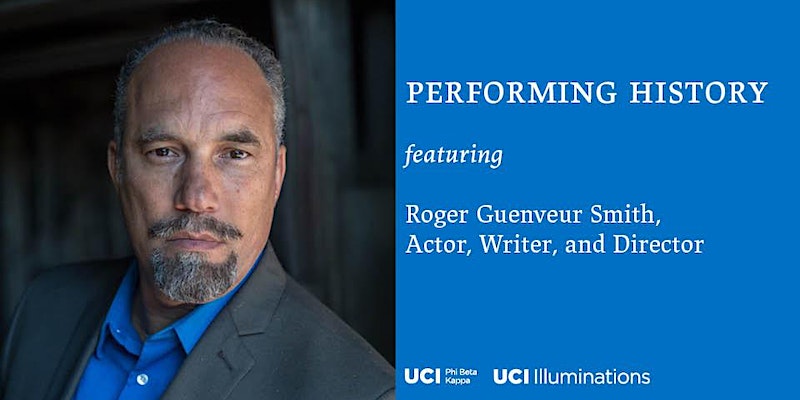 Roger Guenveur Smith adapted his Obie Award-winning performance of A HUEY P. NEWTON STORY into a Peabody Award-winning telefilm. His Bessie Award- winning RODNEY KING is currently streaming on Netflix. His latest solo is OTTO FRANK, inspired by the father of diarist Anne Frank. For the international stage Mr. Smith has also created and performed studies of Frederick Douglass, Christopher Columbus, and Bob Marley. His eclectic range of screen credits includes DO THE RIGHT THING, EVE’S BAYOU, HAMLET, ALL ABOUT THE BENJAMINS, BIRTH OF A NATION, the HBO series K STREET and OZ, and AMERICAN GANGSTER, for which he was nominated for the Screen Actors Guild Award. He has essayed portraits of Jamaican Prime Minister Michael Manley, Tuskegee Institute founder Booker T. Washington, NAACP secretary Walter White, and Rosa Parks’ husband and comrade, Raymond Parks. Roger studied at Yale University and Occidental College and has taught at both institutions as well as Cal Arts, where he directs his Performing History Workshop.

This event is sponsored by Mu Chapter of Phi Beta Kappa at UCI and is free and open to all.