7May
Notice! This event has passed.

Dreaming DMZ: A Guide to Division for the South Korean Child 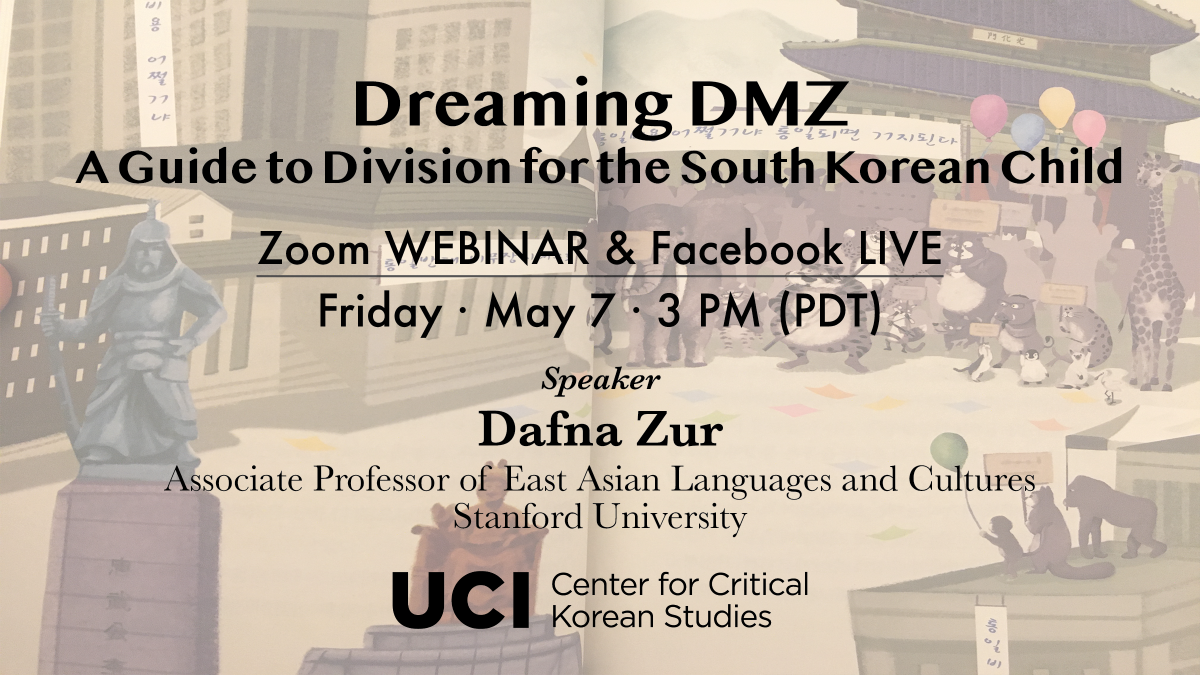 Dreaming DMZ: A Guide to Division for the South Korean Child

This paper takes stock of the range of representations of the DMZ in South Korean fiction and non-fiction for young readers. It begins with the earliest film that took the DMZ as its subject, was filmed with child actors, and was shot inside the DMZ soon after the armistice was signed. It then examines a dozen works about the DMZ published for young readers between 2003-2019. I explain the timing of the cluster of publications in the new millennium and why children are both subjects and targets of this kind of literature. I contextualize these “guides to division” within the place that the child has held in the Korean imagination in the modern period. I demonstrate that the literature of the DMZ for young readers exposes the site as a cumulative palimpsest, a multi-layered record in which the system of division (“geno-text”) constantly pokes through the system of ecology (“pheno-text”). I argue that in their palimpsestuous forms, children’s books offer a double vision of pure nature/politically saturated landscape akin to what Eleana Kim calls the “natural-cultural contact zone.” The layered, palimpsestuous model ironically exposes the gaps between the twin narratives of nature and politics, and may thus offer what Youngju Ryu suggests is a model of “reconciliation without truth.” A less optimistic reading, however, would suggest that while books about the DMZ try to reconcile the irreconcilable—unification on the one hand and preservation and conservation on the other—the books tend to ignore South Korea’s troubled relationship with its own outdated security law, its implication in a complex East Asian economy, and the delicate balance it must strike with the other power actors in the region: China, Japan, and the United States.