28Feb
Notice! This event has passed. 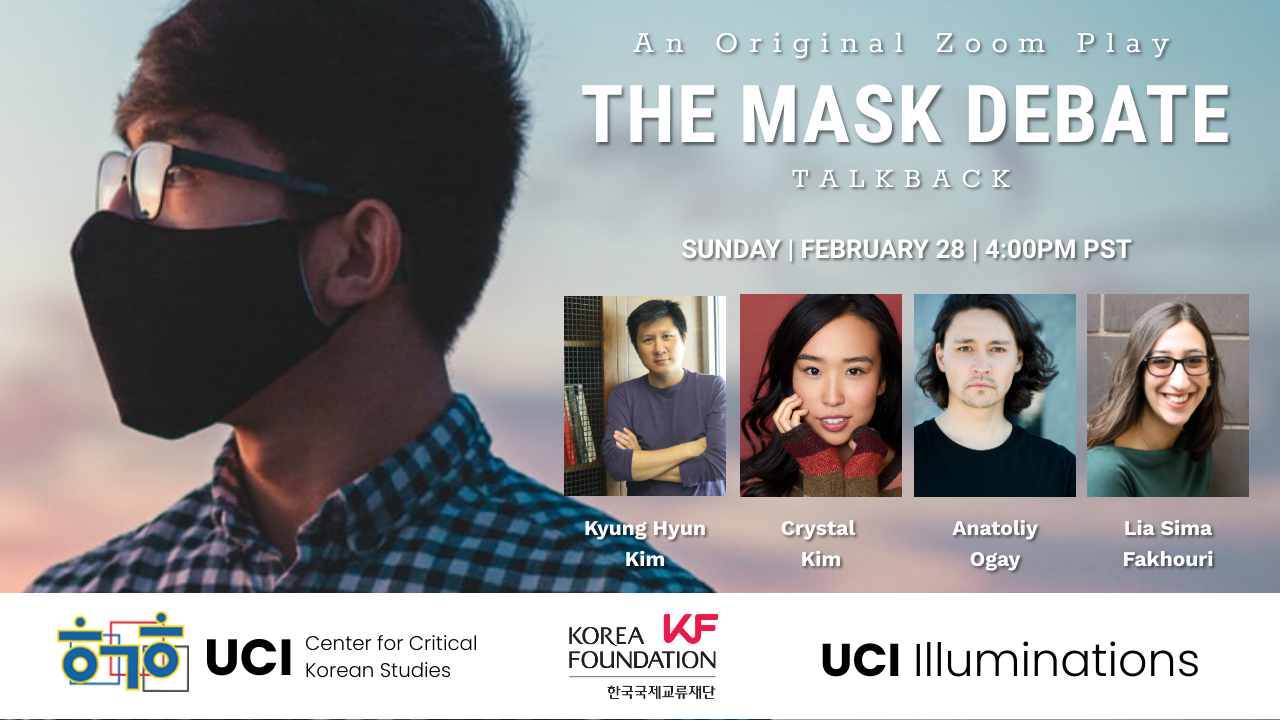 Click HERE to Register / RSVP
Click HERE to Watch the Zoom Play
“The Mask Debate” (formerly known as “Pan-Damn-It!”) is a play written and produced by Kyung Hyun Kim, faculty member in the Department of East Asian Studies and Visual Studies at UC Irvine. The play tries to re-capture the sense of nightmarish comedy that many people in Orange County actually lived and still living through during the pandemic. Written as a drama that unfolds in online “ZOOM” space, it features two Korean American protagonists, P Kim (played by Anatoliy Ogay) and Gigi (played by Crystal Kim), who are on a reluctant journey to keep their children’s school from running amok due to the behavior of vocal mask-deniers. “The Mask Debate” is based on one of very first screenplays written specifically for the zoom format. This is also one of the first Korean American plays (in English, with some Korean dialogue) that has been set in Orange County, CA, the home of almost one million Korean Americans. Illuminations is proud to sponsor the world-wide premiere of this original ‘zoom play.’