24Jan
Notice! This event has passed.

Meditations on the Maghreb

Co-sponsored by the Department of European Languages & Studies, Comparative Literature, and the Humanities Center "Borders & Belonging." 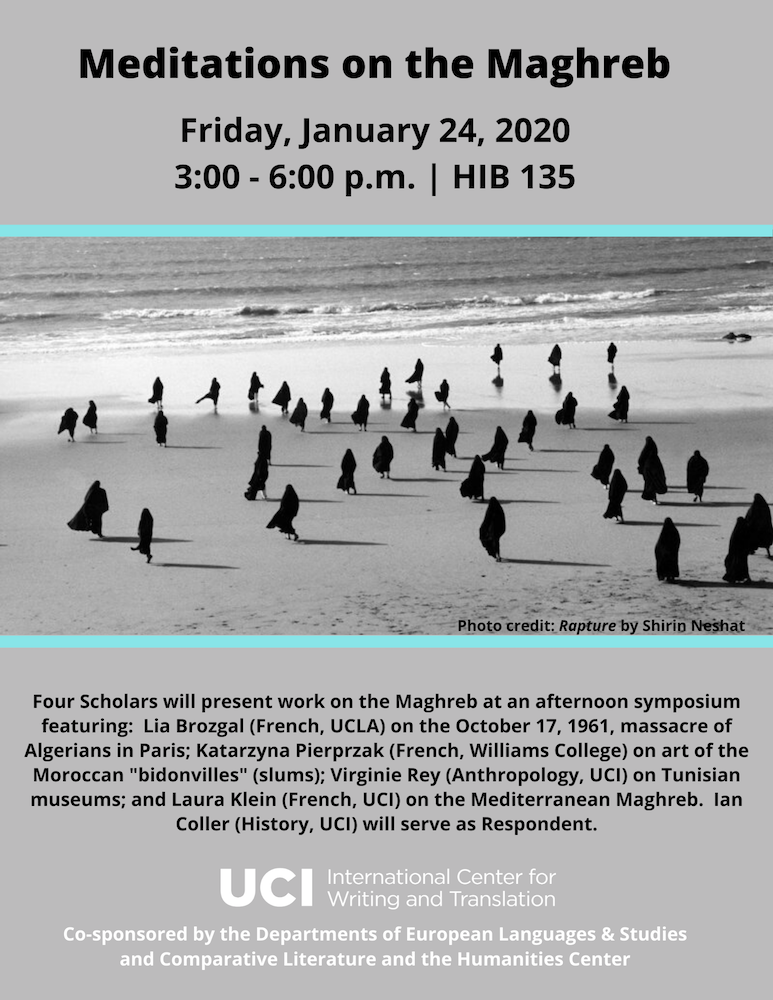