13Oct
Notice! This event has passed.

Whitney Otto (MFA '90), "Art of the Ladylike: An Autobiography through Other Lives" 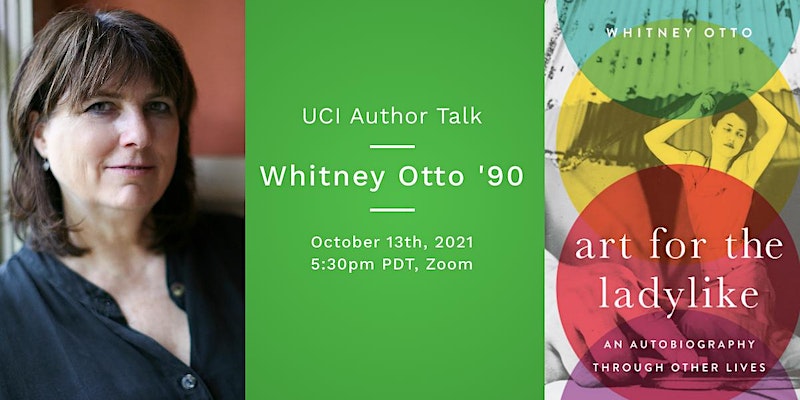 In Art for the Ladylike, Whitney Otto limns the lives of eight pioneering women photographers to in turn excavate her own writer’s life. The result is an affecting exploration of what it means to be a woman, what it means to be an artist, and the perils and rewards of being both at once. In considering how feminism, career, and motherhood were entangled throughout her subjects’ lives as they tirelessly sought to render their visions and paved the way for others creating within the bounds of domesticity, Otto assesses her own struggles with balancing writing and the pulls of home life. Ultimately, she ponders the persistent question that artistic women face in a world that devalues women’s ambition: If what we love is what we are, how do those of us with multiple loves forge lives with room for everything?

Whitney Otto is the author of five novels: How To Make an American Quilt, which was a New York Times Best Seller (as well as other bestseller lists) and NY Times Notable Book; nominated for the Los Angeles Times Art Seidenbaum Award, and adapted into a feature film produced by Steven Spielberg. Now You See Her was nominated for an Oregon Book Award, and optioned for film. The Passion Dream Book was a Los Angeles Times bestseller, optioned for a film, and an Oregonian Book Club selection. A Collection of Beauties at the Height of Their Popularity was a Multnomah County Library selection. Her novels have been published in fourteen languages. Her work has also appeared in anthologies, magazines and the New York Times, The Los Angeles Times, The San Francisco Chronicle and The Oregonian. In 2006 she had an art exhibition of her shadow boxes at the Littman & White Galleries in Portland, OR.

Co-sponsored by the Department of English and the MFA Programs in Writing.