24Oct
Notice! This event has passed.

Public conversation with Jane O. Newman followed by a performance based on Agbabi's work with asylum seekers.

Patience Agbabi is a British poet and performer. Agbabi began performing on the London club circuit in 1995. As Canterbury Laureate from July 2009 to December 2010, Agbabi developed a full-length poetry collection based on Chaucer's Canterbury Tales, and her 2014 Telling Tales mines Chaucer for a twenty-first century take on the characters, its poetry, and its performance elements. 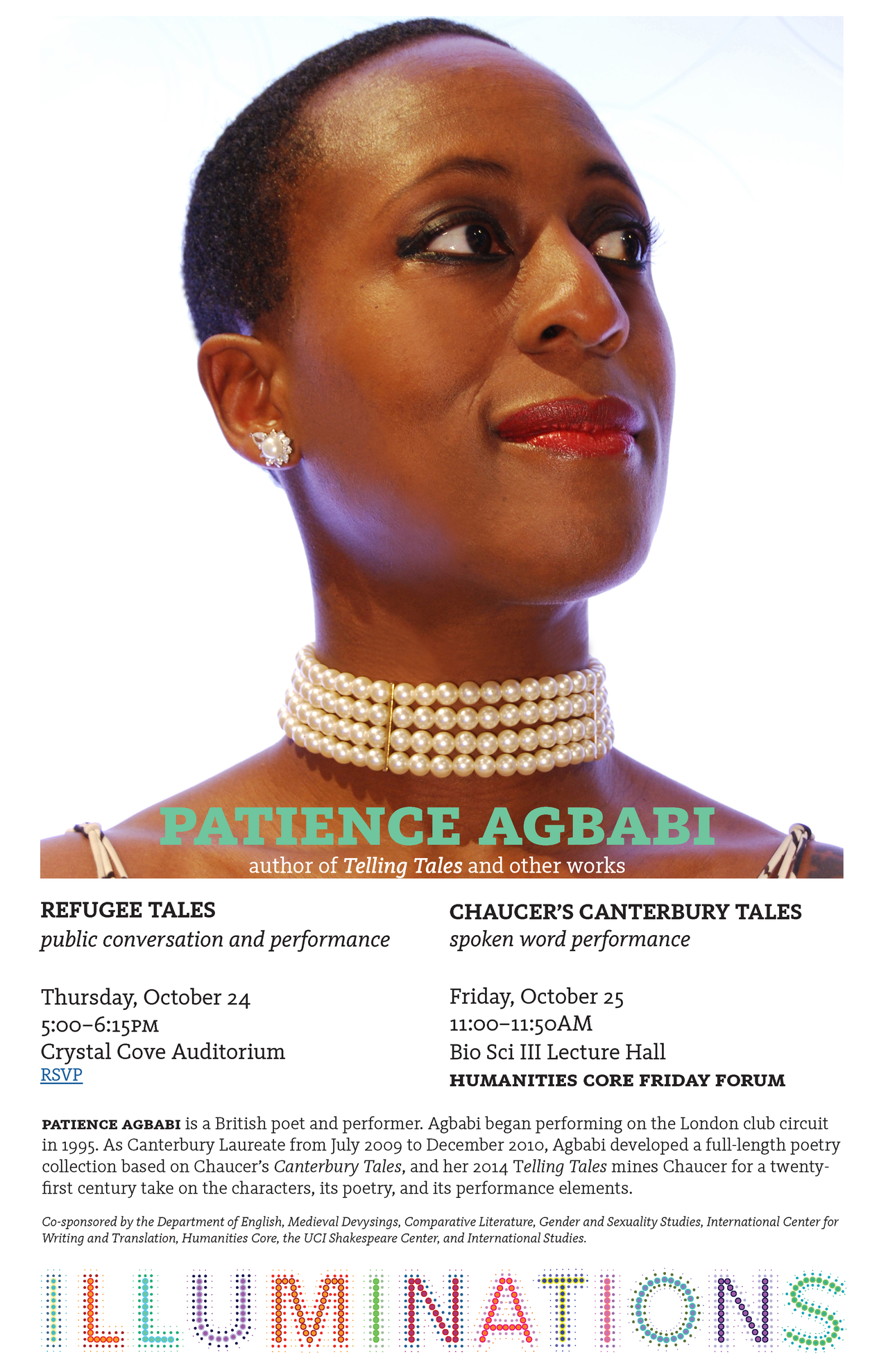