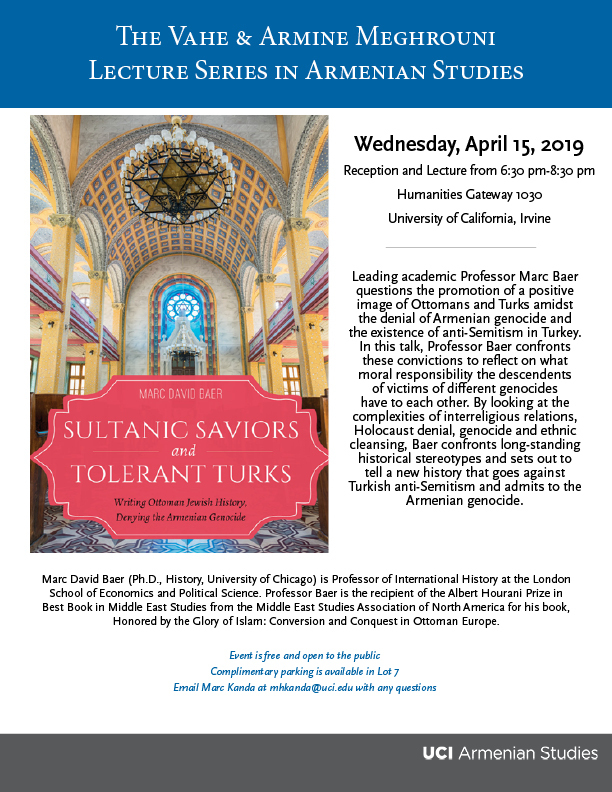 by Marc Baer
London School of Economics and Political Science

Leading academic Marc David Baer questions the promotion of a positive image of Ottoman and Turks amidst the  denial of Armenian genocide and the existance of antisemitism in Turkey. In this talk, Professor Baer confronts these convictions and circumstances to reflect on what moral responsibility the descendents of victims of different genocides have to each other. By looking at the complexities of interreligious relations, Holocaust denial, genocide and ethnic cleansing, Baer confronts long-standing historical stereotypes and sets out to tell a new history that goes against Turkish antisemitism and admits to the Armenian genocide.

Marc Baer, PhD is Professor of International History at the London School of Economics and Political Science. He researches in the shared histories of Christians, Jews, and Muslims in Europe and the Middle East.

The Politics of Armenian Migration to North America 1885-1915: Sojourners, Smugglers, and Dubious Citizens